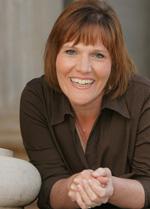 Mariann Cook is a professor of Music Theater Voice Emerita at the Westminster School of the Arts at Rider University as well as a professional singer and actress who has performed on Broadway in the national tour of The King and I. She formerly instructed voice at the University of Oklahoma Weitzenhoffer School of Musical Theatre. Other professional credits include Aldonza in a stock tour of “Man of La Mancha” opposite Broadway veterans John Raitt and Jerome Hines, formerly with the Metropolitan Opera at The Papermill Playhouse. Additionally, she performed as Maria in “Sound of Music,” Hilda in “Plain and Fancy,” Nancy in “Oliver,” Eliza Doolittle in “My Fair Lady” and Guinevere in “Camelot.” As a cross-over singer, Mariann has performed with the Tulsa Opera as Berta in the “The Barber of Seville” and the Second Lady in “The Magic Flute” under the baton of Ransom Wilson. Her Operetta roles include Natalie in “The Merry Widow” with Mark Jacoby and Susan Powell, Buttercup in “Pinafore,” and Lady Bracknell in “Earnest in Love.” She has also been soloist in dozens of Broadway Symphonic Evenings nationally and can be heard on a newer recording of West Side Story as Anita.