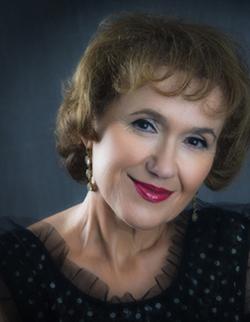 Larissa Korkina earned a Master of Music degree from the Byelorussia State Academy of Music, where she studied with Valerie Minenkov, Grigory Shershevsky, and where she later taught as a member of the music faculty. She has enjoyed a successful career as a recitalist, chamber musician and coach/accompanist. She has collaborated with many opera singers in recitals, as well as in opera productions, including Maria Guleghina of the Metropolitan Opera, Perry Ward, Hanli Stapela and others. She received awards as the best accompanist in three national competitions in Russia. A resident of the Princeton area, she has performed numerous solo, chamber and accompanying concerts in the tri-state area, including special functions at the Garden State Arts Center, McCarter Theatre and Richardson Auditorium.

Her recent engagements include the prestigious Matinee Musical Club at the Academy of Music of Philadelphia, Music Heritage Series at Westminster, The Friends of Music at Taplin Hall in Princeton and the Longwood Gardens Concert Series. Ms. Korkina is on the faculty of Westminster Conservatory and maintains a private studio in Princeton. She has also taught at The College of New Jersey and the Hun School.