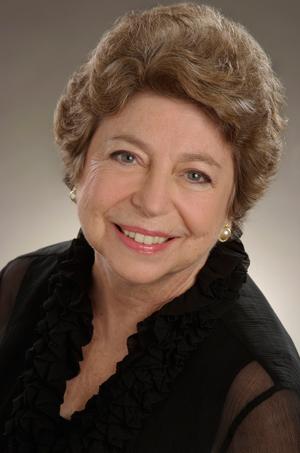 Born in Santiago, Chile, pianist Ena Bronstein Barton began her career in South America, touring her native continent. After winning a national piano competition she traveled to New York to study with Claudio Arrau and Rafael de Silva. Her New York debut at Town Hall was received with critical acclaim. Since then, Ms. Barton’s career has taken her across the United States, back to South America, to Europe, the Near and Far East, Australia and New Zealand. Among her engagements abroad was an extended tour of Israel and Europe, highlighted by performances as soloist with orchestras in Jerusalem, Luxembourg and Rome.

Ms. Barton has received many honors throughout her career, including an invitation to attend the Casals Festival, a 1976 Martha Baird Rockefeller Grant which resulted in a solo recital at Lincoln Center’s Alice Tully Hall, and the 1996 Distinguished Artists Piano Award by Artists International. Her chamber music performances have included appearances with violinist Jaime Laredo and the Guarneri Quartet.

Ms. Barton taught at California State University-Fresno for 13 years. She was artist-in-residence at Monterey Peninsula College in California and has conducted master classes at the University of Veracruz in Xalapa, Mexico, and in Santiago.

Recently she gave a recital and master class as part of the centennial celebration of Claudio Arrau’s birthday being held in New York City at the Greenwich House Music School.

Currently, Ms. Barton is head of the piano department at the Westminster Conservatory of Music, the college’s community music school. She is also a member of the piano faculty of Westminster Choir College of Rider University.