Only 3 colleges or universities in NJ received the designation 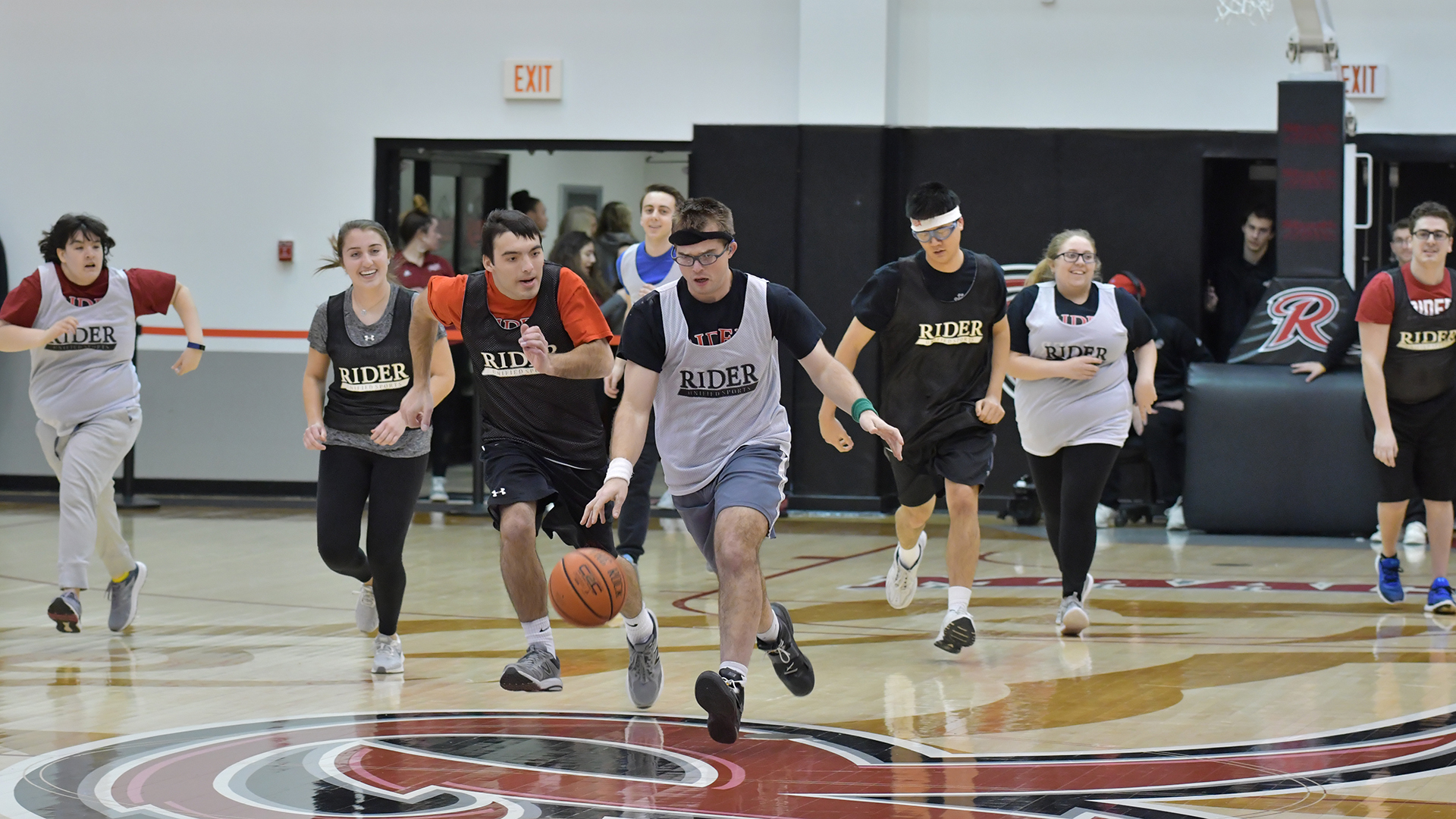 Rider University has been designated a Special Olympics Unified Champion School. It is one of only three institutions of higher education in New Jersey to receive such recognition in 2021.

A Special Olympics Unified Champion School is defined by having an inclusive school climate that exudes a sense of collaboration, engagement and respect for all members of the student body and staff.

“Receiving this designation is a testament to the hard work and dedication exhibited by many student leaders since the club was founded in fall of 2012,” says Rider Director of Recreation Programs Dianna Clauss. “I am proud to work alongside them and recognize the specific work of Liz O’Hara, who served as the Rider Unified Sports Club president from the fall of 2019 to the spring of 2021.”

To qualify, a school must meet 10 national standards of excellence developed by a national panel of leaders from Special Olympics and the education community. A primary activity within these standards includes participation in Special Olympics Unified Sports, in which students with and without disabilities train and compete as teammates.

The Rider University Unified Sports Club is offered as a club  sport. Students who participate play with Special Olympics athletes through soccer and basketball competition. They also have the opportunity to take part in other unified activities such as volleyball and bowling. Each semester, Special Olympics New Jersey hosts the Unified Cup, a tournament that pits local schools with Unified Sports Clubs against one another. Rider won the Unified Cup basketball tournament in the spring of 2017.

The Special Olympics Unified Champion Schools program is open to schools from pre-K through the university level. In total, about 8,000 schools in 49 U.S. states, the District of Columbia and the Commonwealth of Puerto Rico participate in the program, with as many as 3.6 million young people taking part. Special Olympics has set a goal to expand the program in the U.S. to 10,000 schools by 2024.