Sharon Yang's plan will update the country's library system, which is 70 years out of date 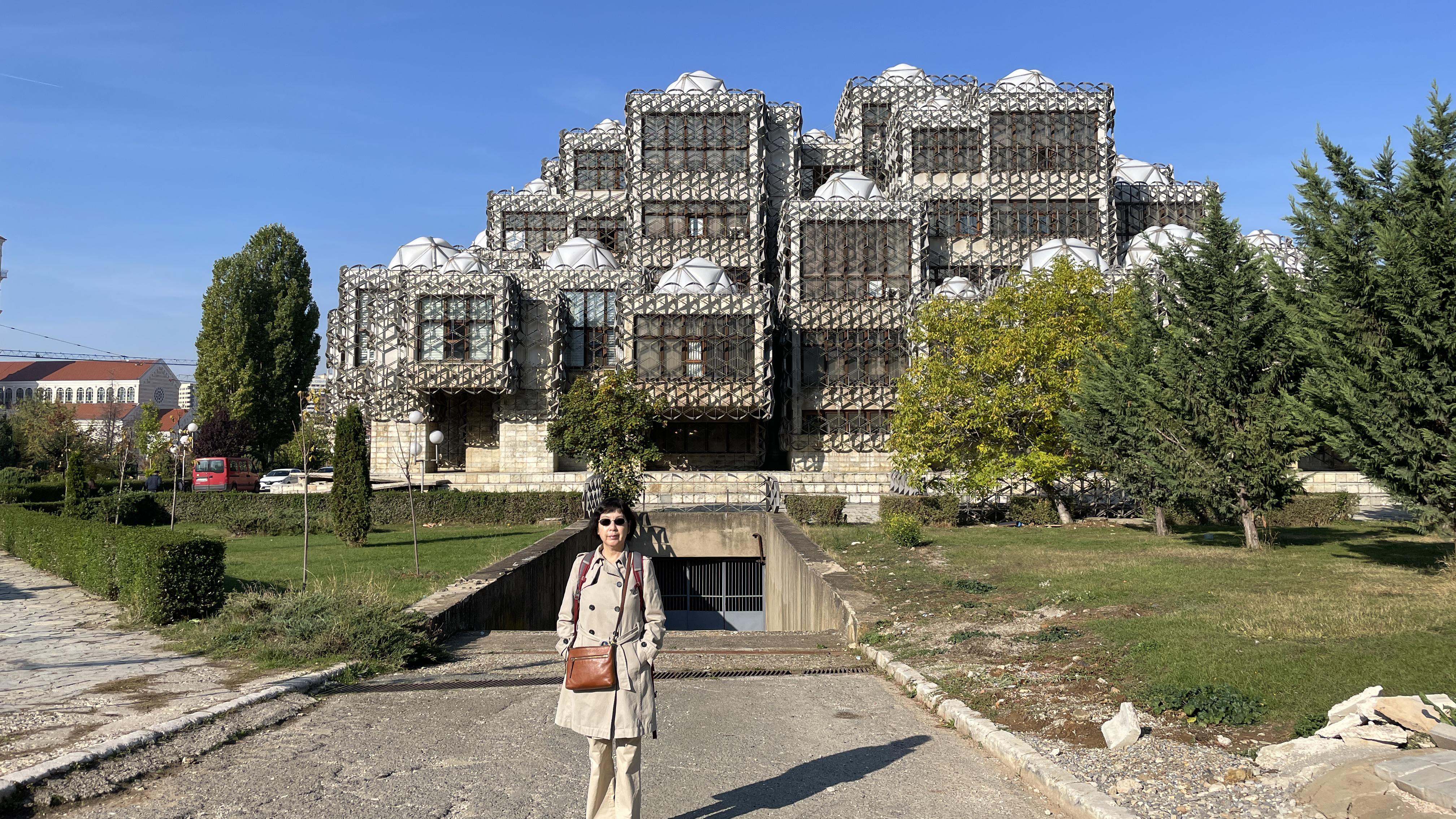 Through a Fulbright Senior Specialist Award — her second — Sharon Yang helped network 48 libraries throughout Kosovo and create a shared library computer system. Yang traveled to Kosovo from Oct. 16 to Nov. 6 to complete the project at the National Library of Kosovo "Pjeter Bogdani."

Yang says the country is about 70 years behind American libraries, with many libraries in the country operating with no system at all.

"Most did not even have a card catalog. Some libraries just write their materials on pieces of paper or use an Excel sheet," she says.

Under normal circumstances, this type of project would take upwards of six months to complete, Yang estimates. With just three weeks in the country, Yang and her project team began their work as soon as she landed in Kosovo. After providing the team with an overview of the various systems available, Yang interviewed representatives from libraries throughout the country before drafting the final plan. She even became a spokesperson for the project, appearing on a national TV program and meeting with Kosovo's Minister of Culture, Youth, and Sports to advocate for the plan.

Having an integrated, searchable library system in the country will help scientific development and scholarship in Kosovo, says Yang, who earned her Doctor of Library Science from Columbia University.

"Many of the libraries don't know what materials they have or what other libraries have," she says. "Kosovo also has a lot of history and culture as well and the people there want to archive that digitally. They can show the world who they are through photos, documents, art; people can search these items nationally and internationally."

Yang's plan is set to be signed into action on Nov. 25 by Kosovo’s Minister of Education, Minister of Local Governance, and Minister of Culture, Youth, and Sports. Yang will participate in the ceremony via Zoom, giving a speech about the importance of the project. Work will begin in January with the full plan to be implemented by the end of June.

Yang is an expert in library systems, discovery services and library automation. She has published research on these topics for more than 15 years and presented at over 100 conferences around the world. She previously completed a project through another Fulbright Senior Specialist award in 2018 when she instructed the University of Bahrain’s library staff.

Each year, only approximately 400 U.S. citizens are selected to share their expertise with host institutions abroad through the Fulbright Senior Specialist Program. Recipients of Fulbright Specialist awards are selected on the basis of academic and professional achievement, demonstrated leadership in their field and their potential to foster long-term cooperation between institutions in the U.S. and abroad.