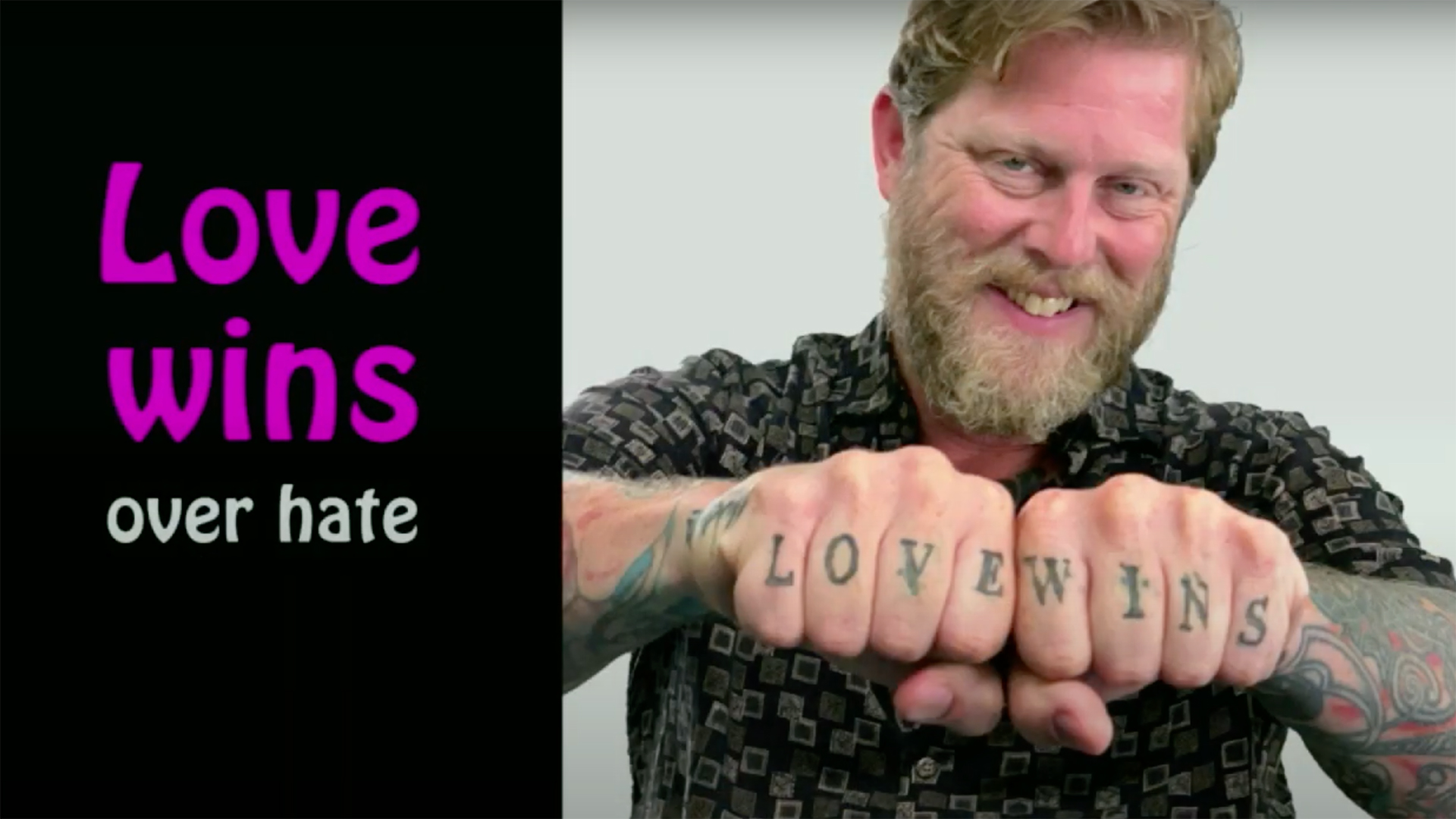 Love Wins Over Hate, a new documentary produced and directed by Susan Polis Schutz ’66, began airing on PBS in October, with additional dates continuing into November.

The documentary explores the lives of six former white supremacists and ultraconservatives. Each one of them explains how they went through a transformation from being filled with hate, anger and rage to acceptance and appreciation of diversity.

“My goal for this film is for people to see that love wins over hate and to help those that are struggling with this,” Schutz says. “Whether it’s within themselves, their friends, family or colleagues, there is hope and beauty on the other side.”

The film includes interviews with a professor and individuals who have been the brunt of hatred, revealing the pain and damage done to them and wider communities. By portraying instances of reconciliation between the victims and the perpetrators, the documentary demonstrates how people can change from a state of hatred and violence to empathy and an appreciation for humanity.

Schutz and her production company IronZeal Films have been making culturally, impactful films since 2007. Her films have aired on most PBS stations throughout the United States.

Her first release, Anyone and Everyone (2007), featured the coming-out stories of gay sons and daughters to their parents. It was, in part, inspired by Susan’s own son, Colorado Gov. Jared Polis, the first openly gay governor. Her 2018 film, The Homeless Chorus, won the Christopher Award for work that "affirms the highest values of the human spirit."

In addition to her work as a filmmaker, Schutz is a thriving poet, entrepreneur and bestselling author of To My Daughter with Love on the Important Things In Life, which has sold approximately two million copies.

Schutz, along with her husband, Stephen Schutz, founded Blue Mountain Arts, a popular publisher known for its distinctive greeting cards, gifts and poetry books. Schutz’s poetry has been published in more than 435 million greeting cards worldwide.

As a student in the 1960s, Schutz pursued degrees in both biology and English and was also active on The Rider News team, Delta Phi Epsilon, Scribes and student government. After Rider, she went on to graduate school in physiology while concurrently teaching elementary age students in Harlem and continuing to write for magazines and newspapers.

In 2015, Rider awarded Schutz a Sesquicentennial Medals of Excellence, which were presented throughout Rider’s sesquicentennial year to recognize the achievements of alumni, board members, faculty, staff, friends and organizations who have gone above and beyond in assisting the University better serve its students.

For more information on all of Schutz’s films, as well as a listing of U.S. broadcasts on PBS of Love Wins Over Hate, please visit ironzealfilms.org.