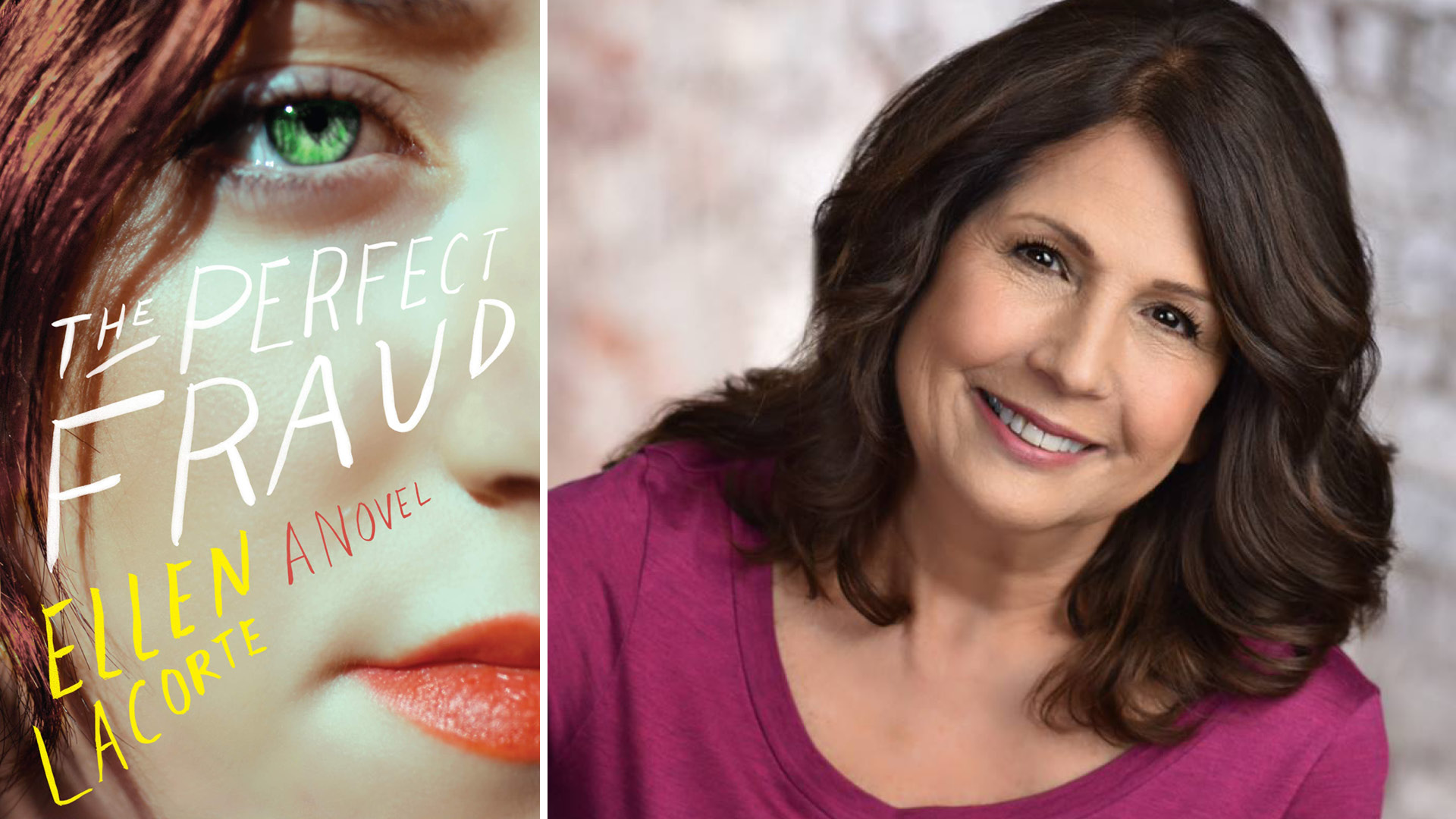 Following a long and successful career in human resources, Ellen LaCorte ’73 has written her debut novel, The Perfect Fraud, which will be published by HarperCollins on June 18. Publishers Weekly named the psychological thriller as one of its “Best Books of Summer,” saying “it’s a perfect page-turner that adds to the bliss of summer.”

The plot follows Claire, the daughter of a world-class psychic who lives with secret guilt. She believes she’s a fraud who never really had “the gift’ that has sustained the family business. Claire’s plight comes to a head after she meets by chance a mother and her child who suffers from a mysterious stomach problem. As Claire is forced to confront her demons, the child’s fate hangs in the balance.

To conduct research for the novel, LaCorte visited several psychics. One left her in tears after saying LaCorte wasn’t contributing enough to her marriage. (Her husband assured her she was.) Another made a prescient remark about her health. Even after those experiences, LaCorte remains hesitant to state a definitive opinion on the validity of psychic ability. "There's certainly enough there to consider validity as a possibility," she says.

In any case, those experiences helped shape her creation of Claire. “Characters often come fully formed in my head,” LaCorte says, “and then they come alive to me during the writing.”

In advance praise of the book, several reviewers have noted LaCorte’s ability to craft a suspenseful page-turner through carefully orchestrated revelations of detail. Although LaCorte holds several advanced degrees, she is not technically trained as a writer. "I believe that writing is always about the ability to craft a story," she says, "but also about the author's individual voice and sometimes, this can be lost during a formal writing course."

She graduated from Rider in 1973 with a bachelor’s in education. When she realized during her senior year that education was not the right fit, it was too late to change majors. She found her footing in human resources after moving to Arizona with her husband, Michael '71, an accounting major she met at Rider, and eventually added a master’s in literature and doctorate in higher and adult education administration from Arizona State University.

After moving back to the East Coast in 1998, LaCorte worked in Rider’s human resources office for 10 years before becoming an associate vice president for human resources at Villanova University. By all outward measures, she was enjoying an extremely successful career.

“I couldn’t have been happier,” she says. “It was a great job, with great people — which makes it even more insane what I did — but there was something missing in my life."

There were indications that suggested LaCorte was searching for a different, more fulfilling outlet. She began singing and acting in community theater. She signed up for ballet classes and painting lessons.

“I realized that the arts were where my heart was,” she says. “And at that point, I felt I had a book in me. I have always had stories in me. When I look back at my files, I was already collecting notes for stories starting back in the 1990s. ”

LaCorte made a plan with her husband to transition to a new career so she could pursue her dream of writing a novel. She says she discovered that writing was the most difficult task she ever set for herself but it was exciting too. "Starting over and learning something entirely new was exhilarating," she says.

In 2012 she left the human resources field. “There are authors who work full-time and raise families and write volumes,” she says. “I don’t know how they do it. I found it so difficult to make the transition from the work day to the writer’s creative space. I can’t turn it on a dime.”

On the eve of publication, and with a full slate of promotional events, LaCorte says she’s both thrilled and overwhelmed by the positive attention the book has received. “I remember looking ahead and thinking that I didn’t want to slog toward the inevitable retirement,” she says. “It’s encouraging to know that you can change. There’s a certain wonderful freedom in that.”

The Perfect Fraud by Ellen LaCorte is now available for preorder. It will be published on June 18. For information about how to catch LaCorte on book tour, please visit www.ellenlacorte.com.