Stephanie Turner and Shanza Arooj to address the Class of 2019 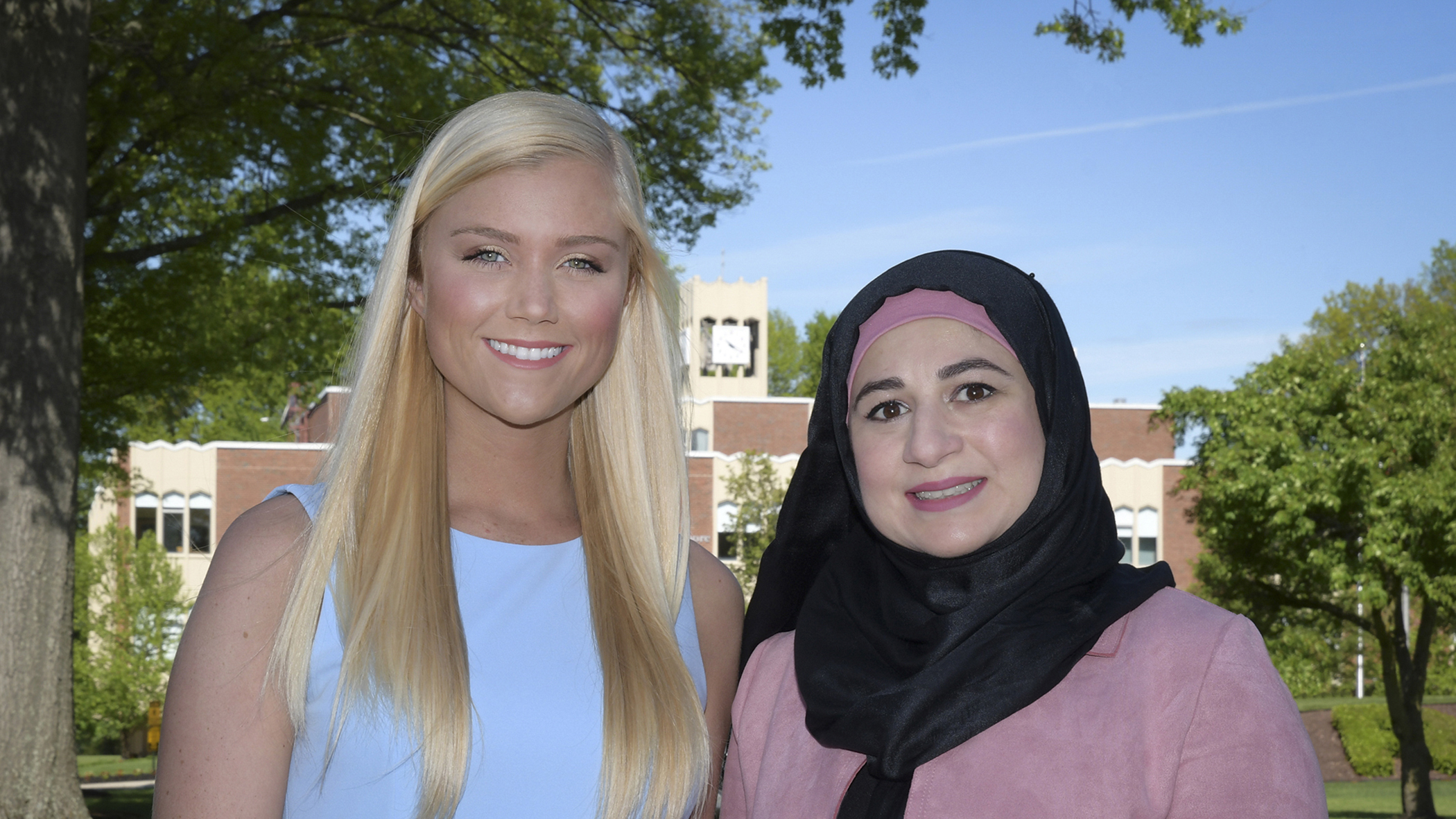 Turner wants the Class of 2019 to reflect on the legacy it has left on Rider and how it will impact the future.

"During our four years at Rider, it has been a very transitional time where our class used our voices and Rider listened," she says. "We wanted to make positive changes that will hopefully allow future classes to also make positive impacts on Rider and their communities."

Arooj wanted to use the opportunity to share her own non-linear journey from Pakistan to Lawrenceville, N.J., as a means for graduates to reflect upon the importance of their own personal journeys.

"I wanted to share my story because a lot of the time, we don't get to hear different stories. I think that's especially important during a time that is so divided in the country," Arooj says. "By sharing our own individual stories, we have the opportunity to learn from one another and build a community together with open minds and hearts."

Arooj's collegiate and professional career took a pause after she completed her undergraduate degree to marry her husband and start a family in the United States. Now with her two daughters in high school — one college-bound to Yale University in the fall — Arooj wanted to revisit her educational and career aspirations.

"I wanted the whole college experience so I really threw myself head first into everything," she says.

At Rider, Arooj was heavily involved in the Women's Leadership Council, where she was the protégé president and received the Council's Rising Star award. She was a graduate assistant for the College of Business Administration and an intern in the Center for Diversity and Inclusion, where she facilitated workshops on "Islam 101." She served as a peer mentor for the Multicultural Students’ Leadership Institute and was the graduate adviser for Rider's Muslim Students Association. She also presented at the annual Gender and Sexuality Studies Colloquium about Islam and feminism.

Turner felt a similar desire to embrace as many opportunities as she could. Turner transferred to Rider during the second semester of her freshman year. Though she only grew up 15 minutes from Rider, she thought she needed to move away and go to a big school to have a true college experience.

"Coming to Rider was like coming home for me," she says. "I found people who constantly cared about me and my well-being. I had such a turnaround in my college years, and I'm proud of the college career I've had. I feel like I've taken the initiative to get involved, and I'm proud of the impact I've made on Rider as well as the impact it has had on me."

In addition to serving on the Student Government Association, Turner was an orientation leader, a community assistant and peer mentor. As a sister of Zeta Tau Alpha, she has been the sorority's treasurer and philanthropy chair. She was also a member of the club soccer team and DECA. After graduation, she hopes to work in accounting or finance and eventually return to school to earn a master's degree.

Rider University's Commencement exercises will take place on Saturday, May 18, 2019, at the CURE Insurance Arena in Trenton, N.J. Entrepreneur Barry Bierenbaum ’76 will address the undergraduate class and receive an honorary Doctor of Business degree. Two-time Olympic athlete Jazmine Fenlator-Victorian ’07 will deliver remarks at the graduate and College of Continuing Studies ceremony and receive an honorary Doctor of Humane Letters degree.