Rider’s Leadership Development Program ranked No. 2 in the nation 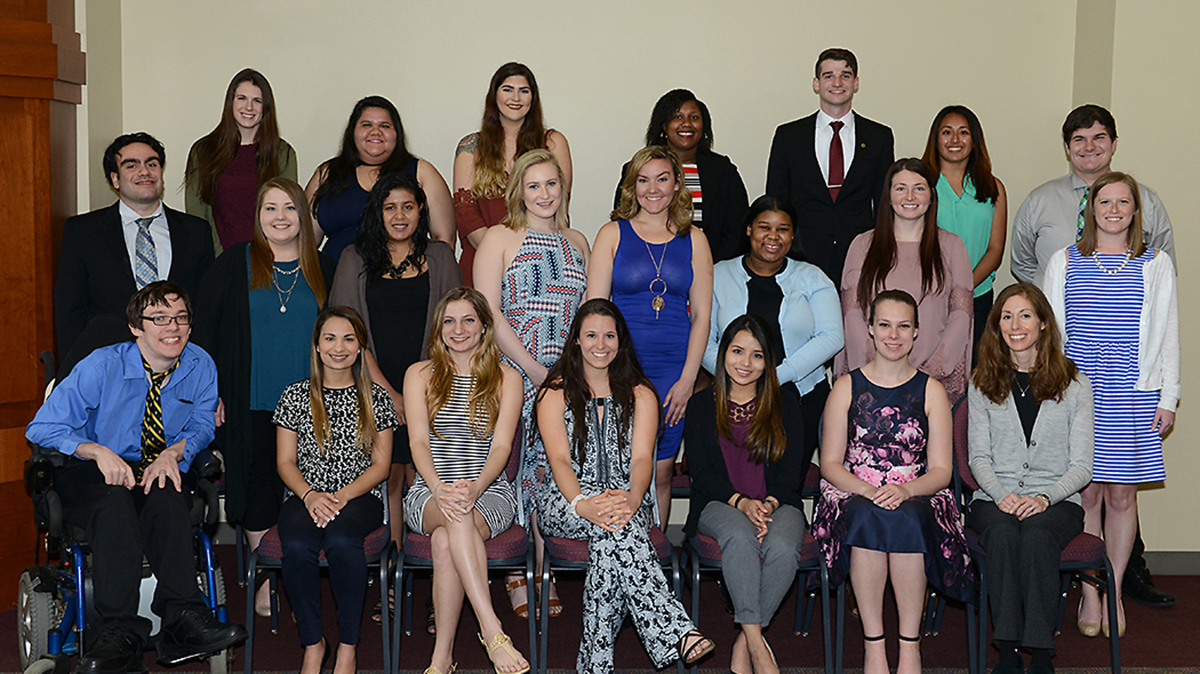 After being ranked fourth in the nation for two years in a row, Rider University's Leadership Development Program (LDP) jumped two spots this year to No. 2 in a ranking announced during HR.com’s LEAD2018 conference.

The program, part of the University's Center for the Development of Leadership Skills (CDLS), was recognized in the category of "Certificate Program With an Emphasis on Leadership/Organizational Development."

“Part of the selection process by HR.com involves getting feedback from LDP students and alums about their experience and the value the program has added to their leadership development,” says Laura Seplaki, CDLS associate director and LDP director. “To be ranked as No. 2 in the nation speaks to the significant influence and impact the LDP has had upon their growth as a leader while at Rider.”

A distinction of the LDP is that it welcomes all majors to join the program which has strong academic, experiential and co-curricular components. Since 2004, approximately 350 students have graduated from the program with the Certificate in Leadership.

“The LDP firmly believes that leadership is about serving others and that it is a process to create change for the common good,” Seplaki says. “When a leader approaches leadership from the viewpoint that it should be inclusive, ethical and empowering for their followers, success is shared by all.”

The LEAD2018 conference was held from Feb. 7-8 in Salt Lake City, Utah, at the Grand America Hotel. The event included keynote speakers, roundtable discussions, workshops, networking opportunities and the LEAD Awards Gala. The awards are given annually by HR.com, the largest global social networking and resource site for human resource professionals.

The conference is meant to inspire individuals and raise the bar in leadership, as well as celebrate leadership accomplishments. The LDP serves a similar purpose at the collegiate level.

“The LDP has been and continues to be a program that provides students the guidance and motivation to take on leadership roles so that they may become more confident and prepared leaders,” Seplaki says. “It is a supportive and educational environment that allows students to reflect upon their leadership endeavors and see how they can make a positive contribution to their communities.”