Ubu Roi and the theater of the absurd 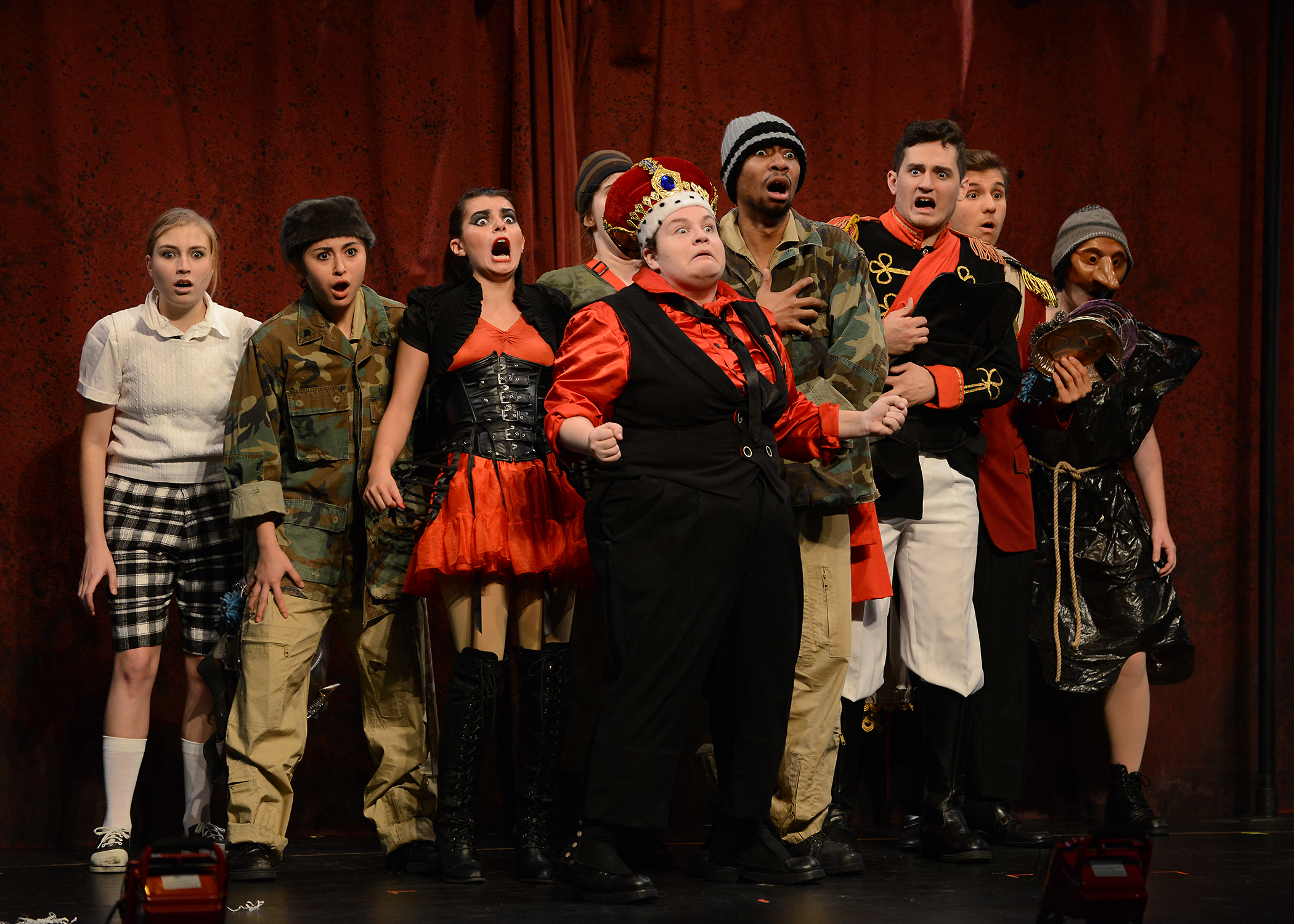 From Oct. 29 to Nov. 1, Rider’s theater department is taking a trip into the theater of the absurd with Carter Gill’s production of Ubu Roi. The play, originally performed in Paris 1896, shocked audiences into a riot the day it opened. Gill has promised that he does not intend for his audience to do the same, although he has updated the play to make it more uncomfortable for a modern audience. The goal, Gill explained, is to push people’s boundaries and see how they react to the absurd and impolite.

Although for the most part, the play does not really have any sort of theme to follow, Gill assured there are many things the audience can take away from the play. Gill stated that Ubu represents everything that is horrible within us all. Gill feels that the playwright, Alfred Jarry, was trying to make a point that people like Ubu exist in our society, and to beware of power, money and greed. Gill stated that a lot of the lessons in the play fall into a grey area, where things are not always good and not always bad.

He is hoping that the play will start a chaotic conversation and that the audience will engage in it. People may walk away slightly confused or satisfied, but mostly Gill  wants people to look at the actors on stage and the boundaries they push and their shame and have them do the same.

“We seek to move into chaos,” he wrote in his director’s note, “and to join you, the audience, in the inherently alive conversation between audience and performer, by inviting everything, not just the parts we like or that we are comfortable with, but the good, the bad and everything in between.”