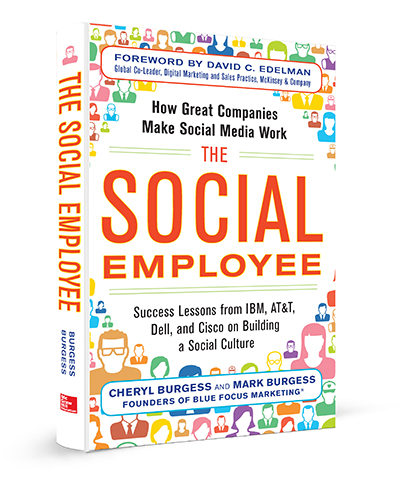 A book by Norm Brodsky College of Business professor Mark Burgess explores how employees can serve as brand ambassadors.

In 2010, Southwest airlines removed director Kevin Smith from one of its planes before takeoff, saying he violated the company’s “Customer of Size” policy. Offended, Smith took to Twitter, excoriating the airline in a series of tweets to his many followers. The potential public relations disaster rippled across the Internet, and as control over the incident began to spiral away, the airline had to react in real time.

Enter the social employee. Conceived by College of Business Administration professor Mark Burgess and his wife and business partner, Cheryl, the social employee serves as the brand’s ambassador, its most authentic connection to consumers in the social media sphere, where the bottom line goes beyond buying and selling toward a transparent dialogue of values.

“People tend to believe in the voice of an employee more than the voice of an ad, which can be intrusive and less valuable,” Burgess says. “They want to hear from employees. People respect and engage with those voices.”

Southwest responded to Smith with tweets of its own, followed by a blog post that tried to soothe Smith and put out the fire. Burgess, who helped develop courses in the CBA that shifted emphasis to the growing field of digital marketing, commends the transparency of the response (even if Smith wasn’t gratified) in the 2014 book he and Cheryl wrote together, The Social Employee (McGraw-Hill). Drawing on success stories from Southwest, IBM, Dell and other companies, the book gives real-life examples of how companies empower employees to become brand ambassadors through social media.

“We coined a phrase and feel like we’re leading a movement,” Burgess says. “More and more companies are all using the same term.” 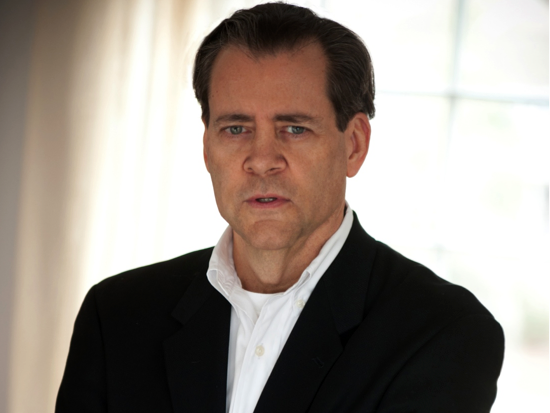 A 2012 blog post Cheryl wrote for AT&T’s Networking Exchange Blog, a forum for voices inside and outside the company, sparked the idea for the book. The Burgesses, who co-founded the social branding firm Blue Focus Marketing in 2010, were two of the first external writers hired to write for the blog.

The AT&T blogging model is one example of a changing advertising landscape. It engages the audience with useful information about topics that are central to AT&T’s business rather than presenting traditional advertisements. Burgess says people increasingly want advertisements to enrich their lives in some way — to entertain or educate them, for example — instead of simply pitching a product.

“Marketing is always about trying to sell something, but the difference is how you do it,” Burgess says. “More and more, people are ignoring TV ads. What’s relevant is your own network, and all of this is driven by social conversation.”

Burgess cites a study that concluded brands are central to about 40 percent of conversations on social media. “If you don’t have a strategy, you’re going to miss being a part of those conversations,” he says, adding that employees are an obvious if traditionally underused channel to tell a brand’s story and publicly share a company’s culture. “Trained and inspired around the power of a brand, employees can engage within their own network about it,” he says.

How much brands participate in social media exists on a continuum, from actively engaged to strictly prohibited, but Burgess believes the vast majority of companies occupy the space between the poles. What keeps brands from empowering employees to join the conversation? “One of the biggest fears is that the employee will go rogue,” he says, recalling episodes experienced by Applebees and Dominos where those fears were realized.

A sound social media policy and well-trained employees can help avert that result, Burgess says. Aside from establishing useful guidelines, brands can foster success by identifying the employees who inherently feel passionate enough about the company’s brand to become its ambassadors. “You want employees to work within their comfort zone,” Burgess says, so if they favor Twitter over Facebook, don’t force them to use Facebook.

The upshot for employees, Burgess says, is that the work also helps them grow their network and burnish their personal brand. “It’s a classic win-win situation,” he says. “If you’re actively engaged, you’re benefiting the brand you work for today, but you’re also building your own brand.”

The activity is far from onerous for the so-called digital natives who take social media as a fact of life. On the other hand, Burgess, who will give a TED talk, "Reignite your Life's Work Through Play," in May at TEDx Navesink, calls himself a “digital immigrant” who initially had doubts about these platforms. “When I started to learn Twitter, it was at first very daunting ,” he says. “You open an account with zero followers. But I realized the power of building a network by staying with it.”

In December 2013, Forbes.com included Mark and Cheryl on a list of "Must-Follow Marketing Minds" that included Malcolm Gladwell, Clayton Christensen and Sheryl Sandberg. Social Media Magazine also currently ranks Burgess at 31 on the top 100 marketing professors worldwide on Twitter. His digital prowess grew out of a traditional advertising background, starting out with the firm McCann Erickson. From there, he moved to direct marketing and then to digital interactive marketing.

As more companies adopt the social employee model, the next leap will be to the social executive, says Burgess, who equates the role to that of the player-coach, calling in plays while partaking in the game as well. “At some point it’s almost going to be a requirement that you have to be out there,” he says. “And if you’re an executive who can’t say something about your brand in 140 characters, you’re in the wrong business.”