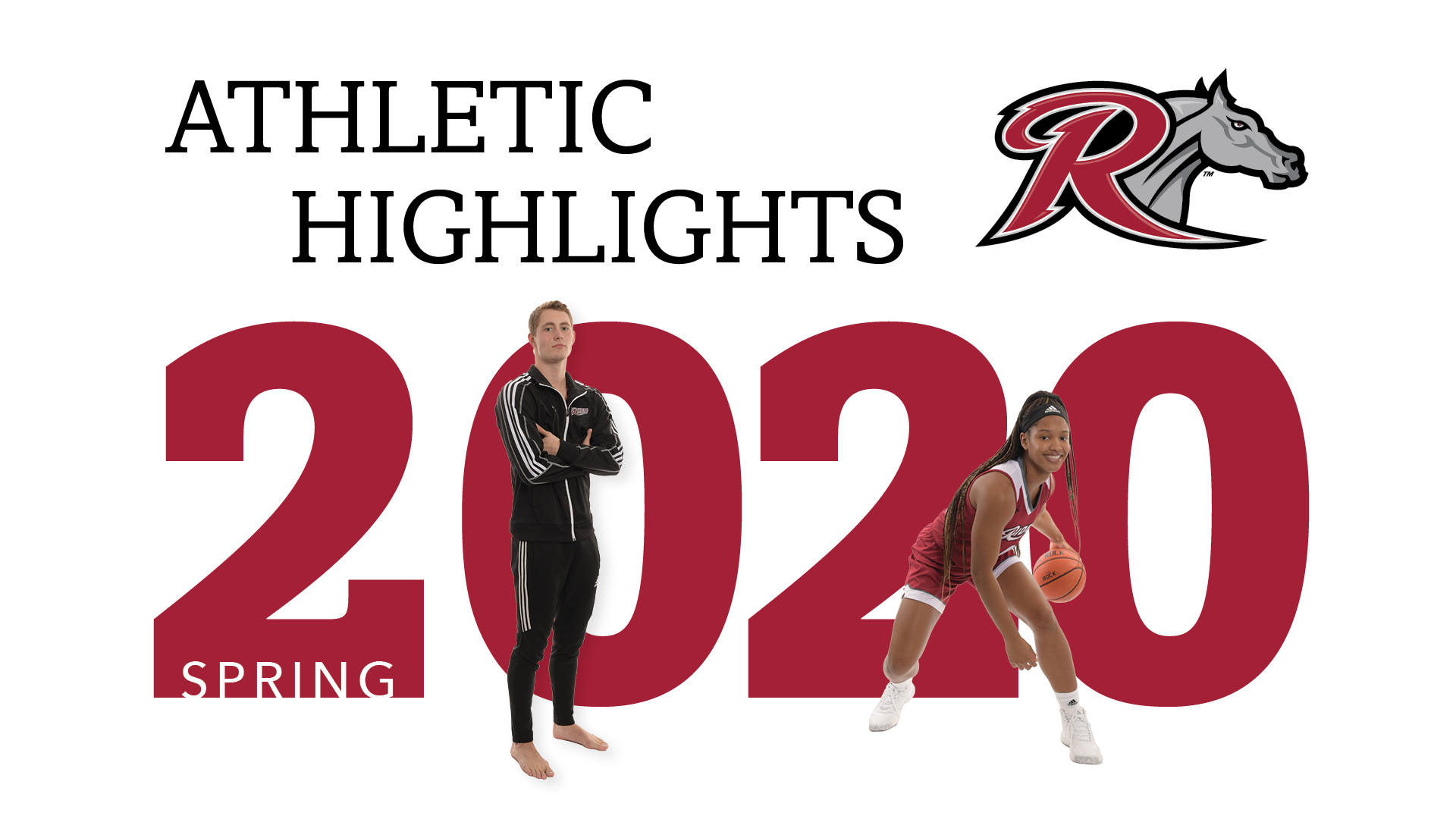 In June, Rider Athletics was awarded the Pepsi Zero MAAC Commissioner's Cup overall title for the first time in school history. The Commissioner’s Cup is awarded annually as a symbol of overall excellence in athletics and in the Metro Atlantic Athletic Conference (MAAC) championships. Due to the abbreviated 2019-20 season, the best scores in two championships plus men's basketball (regular season) were accounted for on the men's side. On the women's side, the best scores in four championships plus women's basketball (regular season) were tabulated. Rider's lone MAAC Commissioner's Cup came in the men's standings in 1997-98, the Broncs' first year in the league.

Women’s basketball graduate Stella Johnson ’20 made her WNBA debut with the Chicago Sky in July before signing with the Washington Mystics in mid-August. The highlight of Johnson’s rookie season was a 25-point performance to help the Mystics win over the Atlanta Dream on Aug. 19. The Mystics have committed to bringing Johnson back for the 2021 season.

Johnson and men’s swimming & diving graduate Justin Carey ’20 were named MAAC Female and Male Student-Athletes of the Year, marking the first time Rider has earned the honor for either gender in the Broncs’ 23 years in the league. Carey rewrote the Rider men’s swimming & diving record books in his four years with the Broncs, taking ownership of five MAAC Championship meet records and seven team records. To be eligible for the honor, student-athletes must have reached at least sophomore status while completing a full year at their institution, have a grade point average of 3.2 or higher on a 4.0 scale and be a significant starter or reserve for his/her team(s).

Johnson and wrestling graduate Jesse Dellavecchia ’20 were honored as Clair Bee Rider Athletes of the Year. Dellavecchia became Rider’s first-ever Mid-Atlantic Conference (MAC) Champion at 157 lbs. and was recognized as a First Team All-American by the National Wrestling Coaches Association.

Baseball graduate Nick Margevicius ’17 and men’s soccer graduate Florian Valot ’16 continued to thrive in Major League Baseball and Major League Soccer, respectively. Margevicius was a member of the Seattle Mariners’ starting rotation this season, while Valot has been a starting forward this year for the New York Red Bulls after missing most of last season due to injury.

The Ben Cohen Field turf was refreshed last spring. In addition to visual enhancements, with a cranberry border placed around the sidelines and a new fence wrap, the original 10-year-old playing surface was replaced with a brand new FieldTurf CoolPlay system.

Led by the Rider University Sports Medicine Department, Rider Athletics coaches and staff became one of the only athletics departments in the nation to become certified in Mental Health First Aid.

In conjunction with MAAC Student Athlete Advisory Committee's Voter Registration Challenge, Rider Athletics’ “Bronc The Vote” initiative resulted in 15 teams being fully registered to vote in this November’s elections as of Oct. 6. 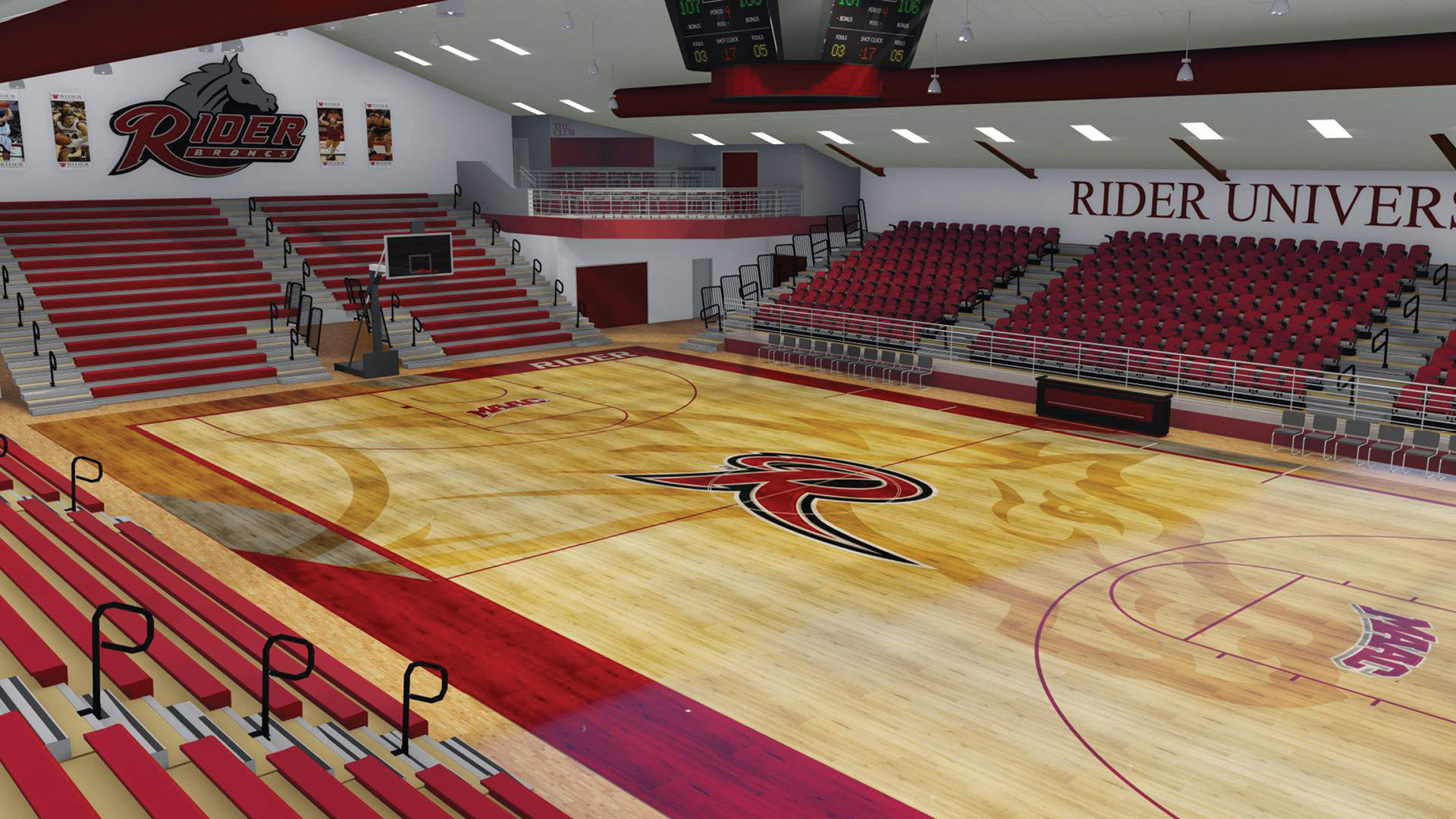 Rider's campaign to elevate Alumni Gym into a modern NCAA Division I arena took major steps forward this year. In October, the University announced a $2.5 million commitment from two unnamed donors. It is the largest gift Rider Athletics has ever received and comes after a $1 million gift for new seating from Chuck and Isabel Baker last spring.

The $17.7 million project is more than halfway toward its goal of creating a facility at the top of its game. Plans include a center-hung scoreboard with digital display, luxury box seating, a new and more spacious lobby with new ticketing and concession areas, and much more. Learn more at rider.edu/bringing-it-home.