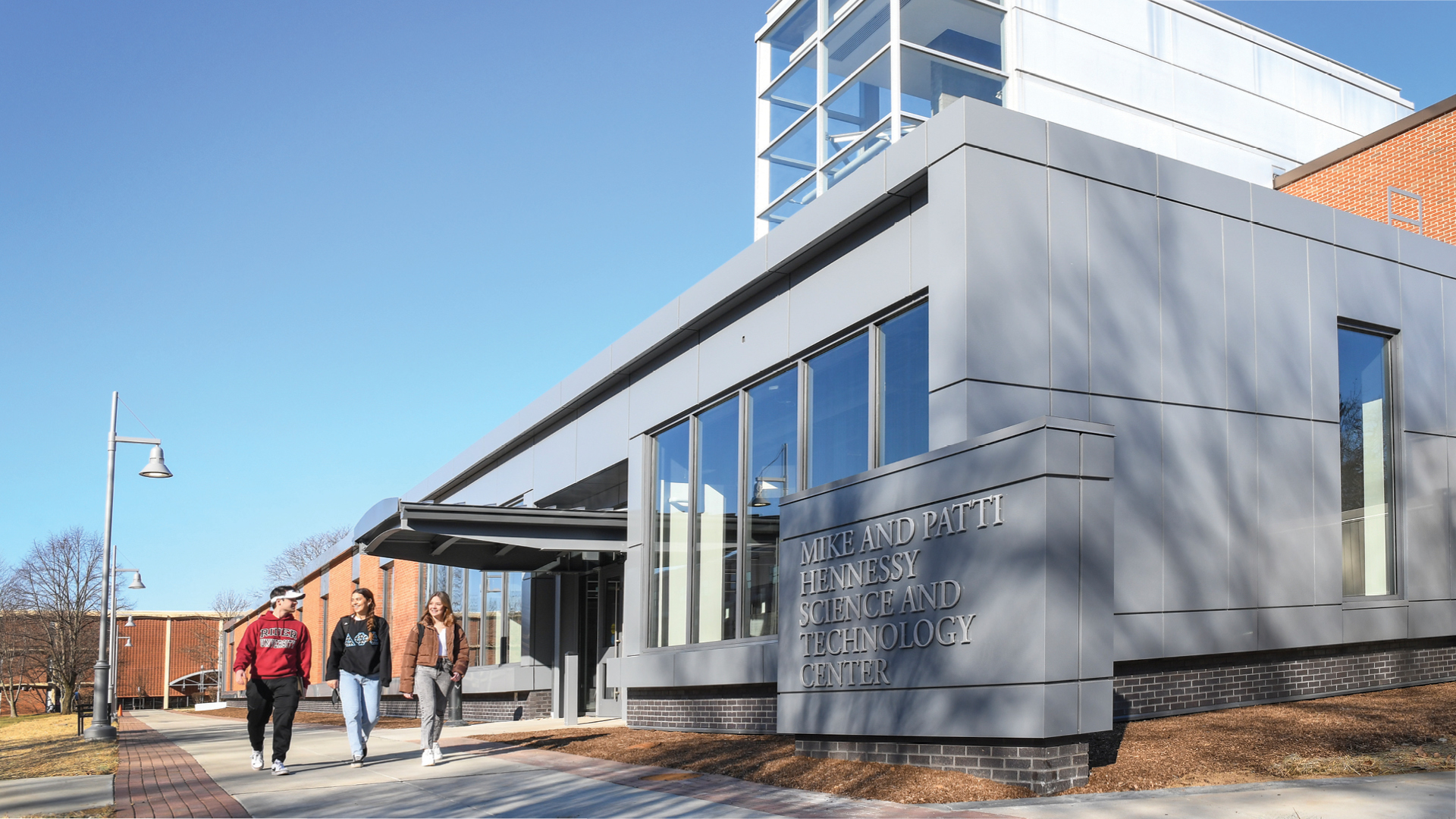 When the Science and Technology Center was constructed in 1961, there were no science majors at Rider. About 20 science courses were offered at the time. Just two years later, the building was renovated and the budding scientist could major in biology or chemistry.

In the 61 years since the building was created, science has made a number of achievements possible — the first human heart transplant, landing Apollo 11 on the moon, cloning Dolly the Sheep and decoding the human genome. Let’s not even talk about how the internet, iPhones and social media have changed life as we know it.

Today, students in Rider’s 17 science programs are dissecting synthetic cadavers, programming drones to fly independently, simulating cyber attacks and much more. Much of this work is taking place in a 9,500-square-foot addition completed in January.

“There has never been a better time to be a science major at Rider,” says Dr. Kelly Bidle, dean of the College of Liberal Arts and Sciences.

The $9 million expansion was made possible through the generosity of a $4 million leadership gift from Mike Hennessy ’82, who died unexpectedly last November at 61. The gift is the largest ever received for the sciences and the catalyst behind the project. Hennessy made the gift in honor of his late wife, Patrice “Patti” Shelmet Hennessy ’82. 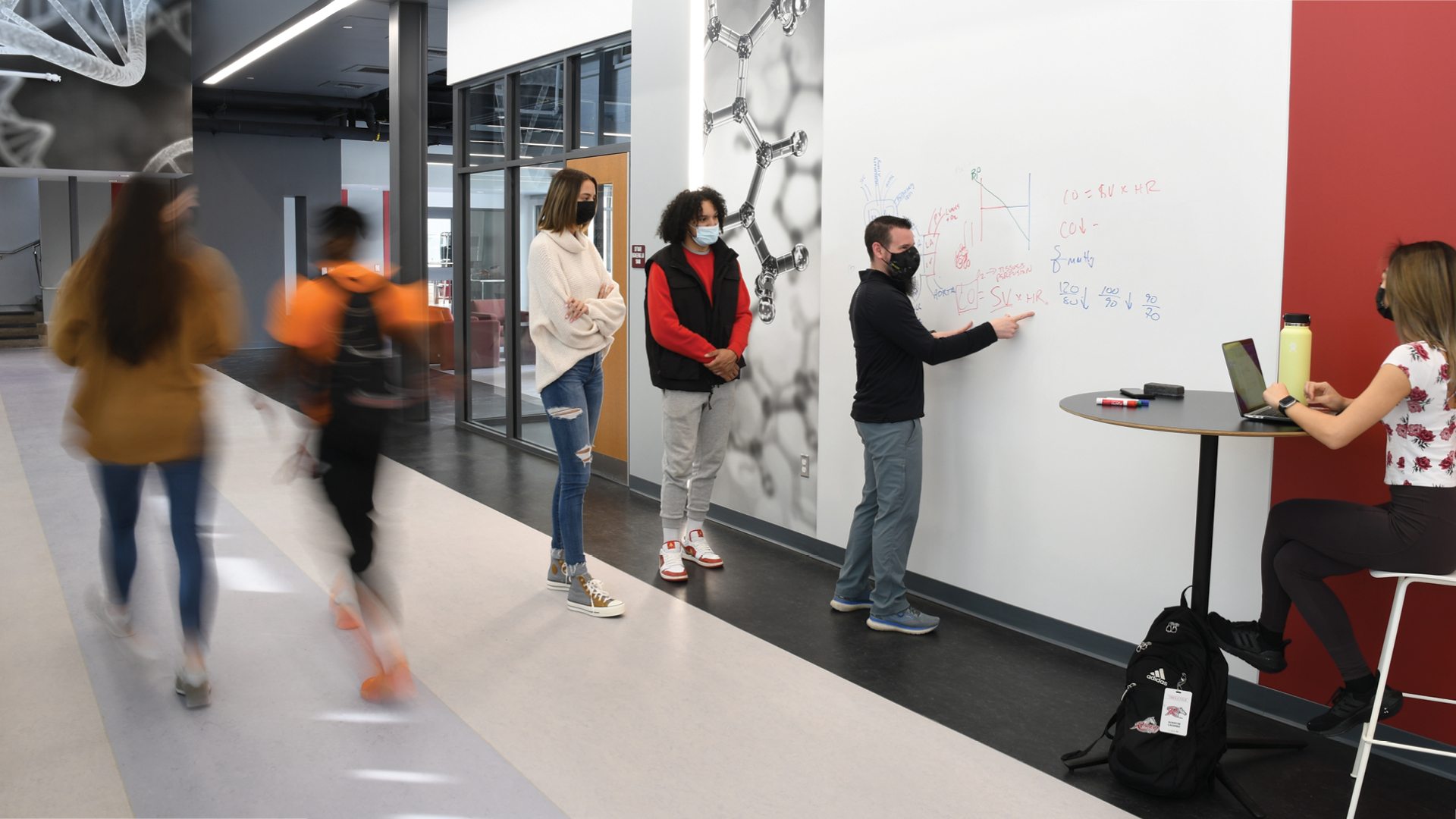 Mike and Patti Hennessy met like many Rider students — in class. One weekend in the early 1980s, Patti brought her younger sister Pamela along to attend an off-campus party she knew Mike would be at, saying she needed to see the boy she was going to marry. In 1983, she did just that.

The health care industry was a draw for both Mike and Patti early in their careers. Patti worked at Johnson & Johnson as an event planner before becoming a stay-at-home mom as their family grew to include four children — Shannon, Ashley ’08, Michael and Christopher ’11. Mike started a career in medical publishing, following in the footsteps of his father, Jack Hennessy Sr., who worked in the field. Mike’s company, MJH Life Sciences, would become the largest privately held independent, full-service medical media company in North America. His son Michael is the current president and CEO. Christopher leads mergers and acquisitions. Ashley worked as publisher of Pharmacy Times. Shannon, a lawyer, does much of the trademark work for the company.

But, it had humble beginnings, says Ashley Talamo ’08, Mike and Patti’s daughter.

“I remember being young and my dad would be working in the attic on his business,” she says.

Despite the ups and downs of starting a business from scratch, Talamo says her parents’ motto was “family, faith, education and health.”

As Mike’s business was growing exponentially, Patti was diagnosed with stage 2b ovarian cancer in 2011. She visited multiple doctors before her diagnosis, knowing something wasn’t right, but none recognized the signs.

“Ovarian cancer is known as the silent killer,” says Talamo. “She had all the classic symptoms if you knew you had ovarian cancer. There was a basketball-sized tumor in her stomach and doctors were just not listening to her.”

Patti began a 10-year cancer battle. A few years after her ovarian cancer diagnosis, Patti was diagnosed with an extremely aggressive form of triple negative breast cancer. She also learned that she was a carrier of the BRCA1 gene, which greatly increases a person’s likelihood of developing certain types of cancer. Patti and Mike became devoted to patient advocacy and providing a platform for oncologists’ and clinicians’ research. Oncology became a premier sector for MJH Life Sciences, providing the latest news, research and more for oncologists. Patti was a featured speaker at a number of conferences and online forums.

“With stage four cancer, they basically tell you that you have six months to live,” Talamo says. “To live 10 years from that is just honestly a miracle.”

The newly renovated science building on campus has been renamed the Mike and Patti Hennessy Science and Technology Center.

“With the way that science and technology is evolving so quickly, my father’s hope was to expand the science center so that Rider students could reach their full potential and make their own unprecedented advances, which would hopefully impact other generations to come,” Talamo says.

Collaboration is the emphasis in each of the new labs and spaces.

“When we talk to employers and people in industry, they really want people who have worked in teams before and can collaborate well with others,” says Dr. John Bochanski, chair of Rider’s Department of Computer Science and Physics. “These spaces really drive that home.”

The new greenhouse has been transformed into a classroom space for biology and ecology courses. The sun-filled room features new plant stands with growth lights, laboratory benches and a flexible workspace.

The software engineering and cybersecurity labs feature large display screens where professors and students can project their work for the entire class and among small groups. The cybersecurity lab also allows students to simulate cyber attacks and defenses. On the second floor, a new artificial intelligence space is part classroom, part maker space that can accommodate work with drones and robots. 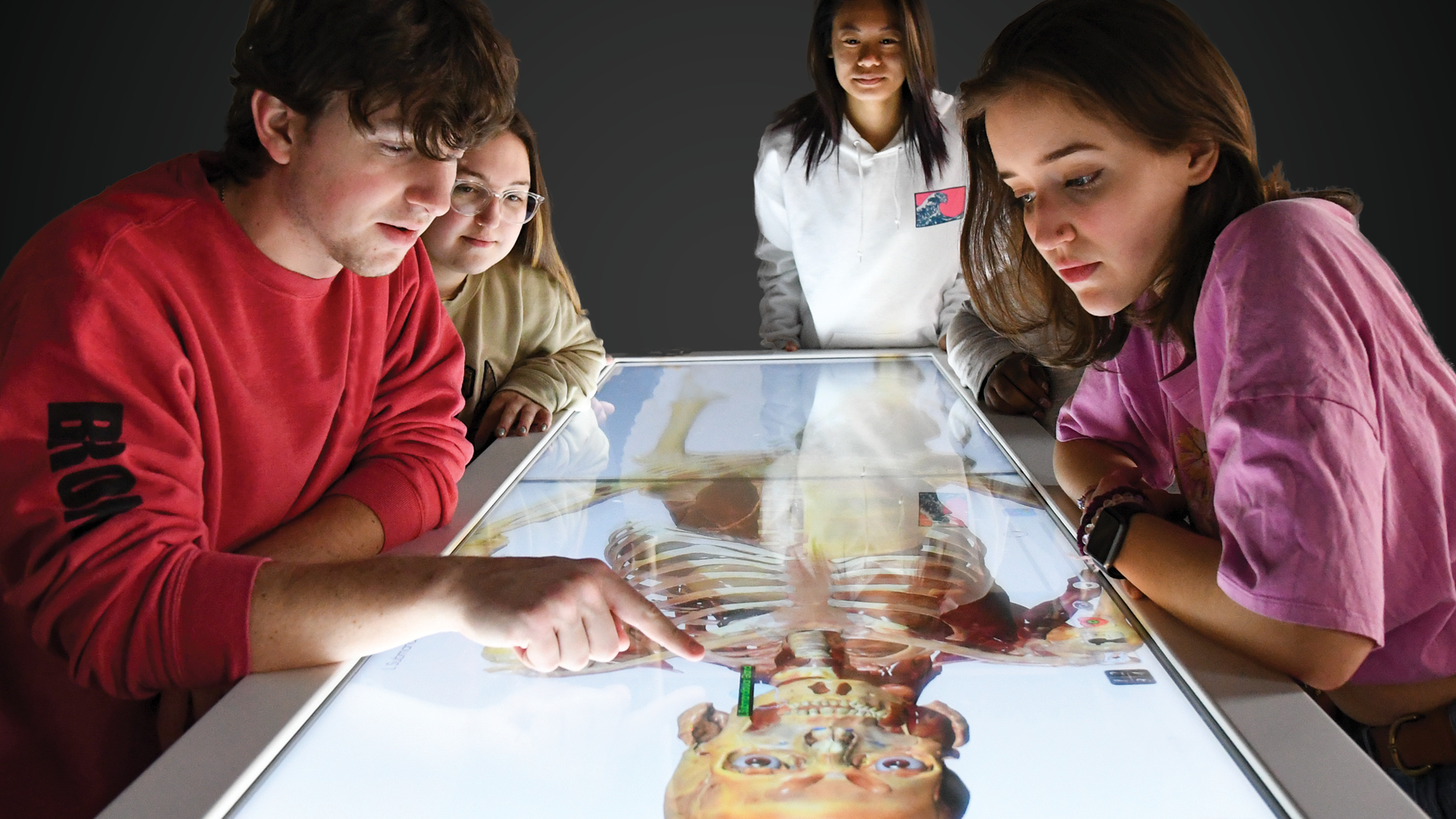 The anatomy and physiology lab is the first space dedicated solely to these studies at Rider. Two pieces of equipment are the true game changers of the lab — a synthetic cadaver and an Anatomage table.

The synthetic cadaver, called a SynDaver, is a life-sized model of a body made out of materials that replicate the feel and appearance of human tissue. Students can remove organs, perform dissections and visualize structures and connections of major body organ systems. Rider is the only four-year college or university in New Jersey to own a full-body SynDaver.

The Anatomage table is a three-dimensional virtual dissection table. Rider is one of only five universities in the state to have this device. The table displays a number of cadaver images that students will be able to manipulate to view various structures within the body and perform virtual dissections and physiology simulations. The touchscreen table features an array of MRI and CT scan images of real-life cadavers.

“For a place like Rider that doesn’t have a medical school, that’s huge to have that opportunity for our students,” says Dr. Drue Stapleton, assistant professor in the Department of Biology, Behavioral Neuroscience and Health Sciences.