Your iPhone passcode isn't secure. This professor is working on a better system. 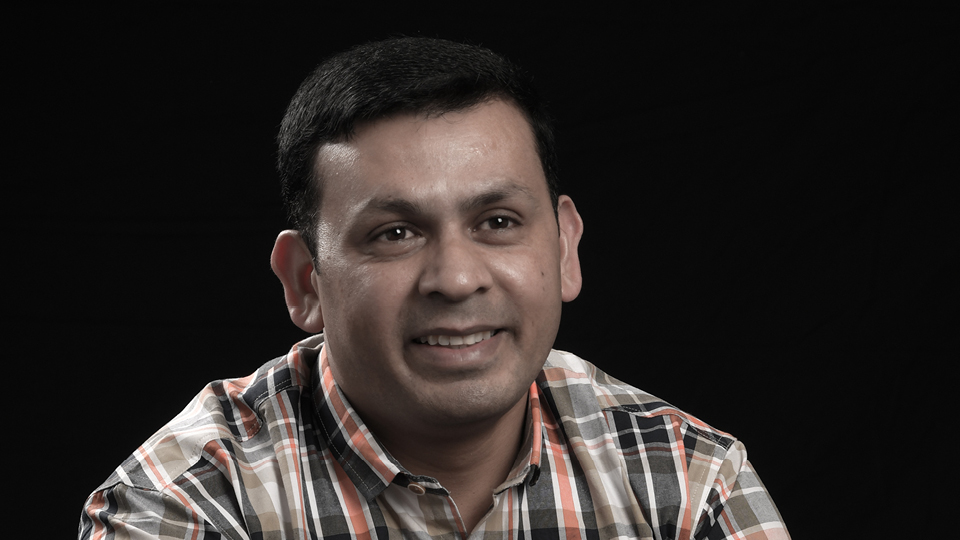 Md Liakat Ali loves to tell the story of when he knew he wanted to be a teacher. He says the moment, while seemingly trivial, defined how he wanted to impact others throughout his career.

Two of his cousins came to him for help with math homework, something Ali excelled at from a young age. He realized that not only was he able to help them understand the problem, he also found a different, easier way to solve it. He became intrigued by the idea of constantly learning through teaching.

From that day on, he never stopped teaching. He became a tutor during his school years in his small village in Chittagong, Bangladesh, and continued throughout college where he earned his bachelor's in computer science and engineering.

"I realized that while teaching, I am not only teaching, I am also learning," he says. "This was one of the main motivations for me to become a professor."

Ali is one of the newest full-time computer science faculty members in Rider's growing bachelor's program, which launched in 2017. He has helped develop many of the courses in both the computer science program and the recently added cybersecurity bachelor's program. He's looking to expand the curriculum as the program grows to include artificial intelligence, robotics and more.

What does the field of computer science look like for those who wish to make a career of it?

Computer science is a diverse field and spans several core areas including theory, design, development and application of software and systems. You can specialize in cybersecurity, artificial intelligence, robotics, computer game development, bioinformatics, software development, data analytics and more. As a result, computer science is one of the most popular fields of science around the globe. The field is not growing in isolation though. It is also helping other disciplines to advance. Many other fields such as physics, mathematics, biology, chemistry, astronomy, neuroscience, sociology, robotics, education, music, art and even sports rely heavily on computers.

Your research involves a combination of cybersecurity, machine learning and behavioral biometrics. What have you learned by studying this intersection?

Imagine if you left your iPhone on a table and someone knew your passcode. They could easily unlock your phone and retrieve data inside it. My focus has been on exploring keystroke biometric user identification — or more simply — how one's behavior when typing in their passcode serves as another layer of authentication. So even if you left your phone on the table, no one else could unlock it unless they typed in the passcode exactly the way you do. It depends on how we hold our devices, the speed with which we type, how we swipe the screen and the pressure we apply on the keypad.

What sort of implications does this type of security have?

Software can be created and implemented that includes one's keystroke biometric behavior pattern. The software would require someone to type in a password or passcode a few times to learn their individual patterns and create a profile for them. This software is easily installed and could be used on devices like phones and tablets or on ATMs, really, any place where someone is typing in their password.

What are some things people can do to secure their information?

Many people are not prepared in terms of cybersecurity because although there are tools out there, they aren't using them. Often people do not know how to use the security tools properly. When you create a password, there are encouraged security measures, but a lot of people make easy passwords and use the same password for everything. The most common password throughout the world is still 123456. Even just installing some security software on your computer at home and at work can help to protect your data.