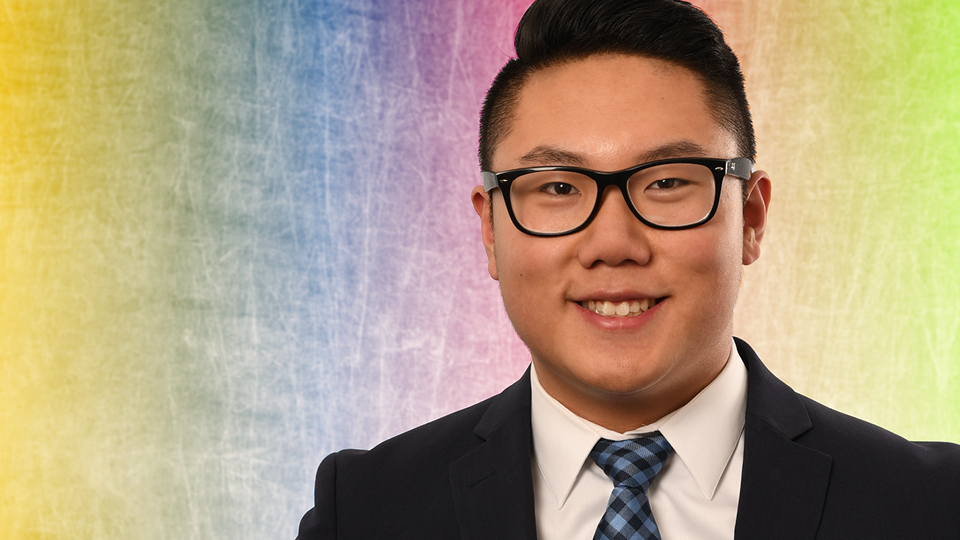 After nearly nine years in the corporate world, Doug Beck ’07 felt stuck. He decided he needed to make a big, but calculated, change.

Although he knew nothing about real estate outside of his own recent experience of buying a home with his wife, Dima, Beck signed up for an intensive real estate mentorship program. He paid for the program by charging $28,000 on three different credit cards — something, at the time, he was embarrassed to admit. But he was confident the opportunity would allow him to exit a career with little future and create his own pathway for success.

"I had to make some tough decisions along the way, starting with spending the $28,000 for the year-long real estate investing educational program and then 18 months later, walking away from my six-figure salary after investing over eight years with one of the most well-respected companies in the world," Beck says.

Within six months, Beck began selling fixer-upper houses, and this year he is celebrating the sixth anniversary of his real estate investment firm JDL Ventures. He also owns three other real estate-affiliated businesses. To make such a transformative decision, Beck did what any sensible business person does and consulted with others. One of his most important allies was his father, who throughout his life has played a large role in guiding Beck's decision making.

"Entrepreneurs need to have a support network of others in their lives that can help evaluate opportunities so they can make more educated and calculated decisions," he says. "By researching, reflecting and consulting with others who made similar decisions, I was better equipped to measure the risk versus the reward. Intuitively, I knew that I could achieve the success I sought out for in my own business with focus, discipline and execution. I'm proud to say that my decisiveness and willingness to take those risks helped me walk away from a corporate environment that I felt stuck in and the reward has been priceless."

Over the past decade or so, the very definition of the word "entrepreneur" has been evolving, taking on additional meaning in the workplace beyond the traditional image of people like Beck striking out on their own to found their own businesses. The idea of entrepreneurship has expanded to include those who innovate from the inside of organizations. This still requires today's entrepreneurs to be able to recognize opportunities, evaluate risk and embrace challenges, but without the inherent risk of going it alone.

Embracing this mindset means anyone can be an entrepreneur, according to Lisa Teach ’02, ’09, the director of Rider's Center for Entrepreneurial Studies and a visiting professor.

"What we're finding is that employers don't just want people who take directions, but people who are creative and can improve upon current practices or products," she says.

One of her favorite examples is the creation of the Starbucks frappuccino. The company says the drink was developed by an employee who noticed an opportunity and employed some creativity behind the coffee bar to create one of Starbucks' most popular beverages.

"Entrepreneurs are rarely recreating the wheel," Teach says. "Few new ideas are created. The majority of ideas come from people working in an organization and they identify a way to meet a need the company isn't."

Embracing ingenuity and forging opportunities is something Mike Makovec ’05 is very familiar with. He's a 15-year veteran and audit and assurance partner at one of the Big Four accounting firms, Deloitte & Touche LLP. The alpha to Beck's omega on the spectrum of entrepreneurship, Makovec has embraced the entrepreneurial mindset throughout his career with the firm in the audit practice.

"You can be an entrepreneur within the organization you're working for and have business goals that aren't strictly about dollars and cents," he says. "You can still bring a wide array of value to your organization and ultimately enhance your career."

Early in his career, Makovec made an ambitious personal goal for himself: to become a partner at Deloitte. Throughout his career he set smaller milestones along the way and took advantage of opportunities as they presented themselves. One such opportunity began when he noticed a number of his clients were having difficulty tracking and accounting for discounts and rebates in the complex U.S. health care system. Dedicated to working with pharmaceutical companies in the life sciences segment of the firm, Makovec sought to become a leader on an issue faced by many in the industry.

He collaborated with colleagues in different service areas to see if they had similar issues, and they were able to gain a deeper understanding of the problem. From this research and discovery, Makovec developed and leads a new advisory service line within the business.

"You have to be able to understand the broader context of what you're doing and how that aligns with your organization’s objectives," he says. "I was able to bring additive value in an area I was passionate about, but also navigate my own career goals. Once you know what you want, you can then marry that up to what the organization views as critical and make those goals align. You can then make better decisions on how you want to succeed and advance your career."

Entrepreneurs are made, not born, says Teach, though she says there seems to be a propensity for entrepreneurs to run in families.

Teach, who ran a successful chain of Five Guys restaurants, remembers her father's incessant drive to own his own business. An immigrant from the United Kingdom in the 1960s, he opened a health food store in Manhattan and then a produce-selling business. Watching the ups and downs of business ownership, at first, unnerved her and her brother who witnessed days when their father came home with cash and others where the business began to fail.

"My father made a lot of mistakes with his one business, but that is part of being an entrepreneur — that ability to fail," Teach says.

Beck also learned about the ins and outs of owning a business from a young age. His family owned a hair salon and he worked as the only receptionist growing up.

Makovec's family instilled in him the idea that he could create the future he wanted. "My grandfather worked in a factory and provided the opportunity for my dad to go to college," he says. "My dad worked his way up in the company he worked for and taught me that I could be an entrepreneur within an organization."

Encouraging budding business leaders to embrace the entrepreneurial mindset is a cornerstone of Rider's Norm Brodsky College of Business.

"I strongly believe that anyone can be an entrepreneur," says the College's namesake, Norm Brodsky ’64. "Just because you work for a company doesn't mean you can't be an entrepreneur within that company. It's a way of thinking."

Brodsky, a long-time entrepreneur who founded eight successful businesses, including Citi Storage, the largest privately owned archive business in the country, is devoted to encouraging this mindset in students.

In 2019, he made a $10 million gift to the College of Business — the largest gift Rider has ever received. Brodsky was instrumental in the development of Rider’s Innovation Intensive Program at the University of Oxford, a collaboration between the University and St. Stephen’s House, that gave 25 Rider students and recent alumni the extraordinary opportunity to interact with and learn from CEOs. In 2018 and 2019, Brodsky and his wife, Elaine, sponsored a student trip to the Inc. 5000 Conference. The invitation-only event has exposed more than a dozen Rider students to the nation’s rising business leaders.

The Brodskys also sponsor the Norm Brodsky Business Concept Competition, which grants a full, four-year scholarship to one high school senior. Eric Voros' concept for a device called Orion's Belt, a product in which a traditional-looking belt transforms into a tourniquet during emergency situations, won him the 2019 competition. Now a freshman global supply chain major with a patent for his product, Voros says becoming an entrepreneur is an attainable goal.

"For some reason most people — especially people my age — have this idea stuck in their head that you need to be older to be an entrepreneur," he says. "Having successful people like Norm Brodsky tell you that anybody can be an entrepreneur is inspiring, and it makes you realize that older isn't an age, so you just need to go for it."