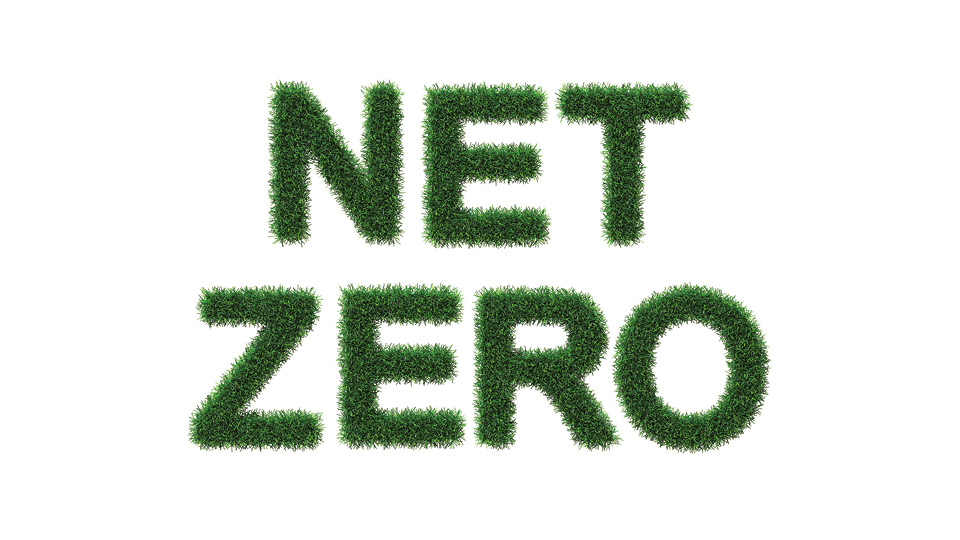 Over the past decade, Rider’s Office of Facilities Management has been on a mission to make energy use on campus more efficient. With hardly anyone noticing, boilers have been discarded, windows replaced and HVAC systems overhauled.

The sum of that work and other efforts have contributed to a milestone: This academic year, Rider officially reached the quarter mark on its pledge to become carbon neutral by 2050.

The University originally made the pledge in 2007 when it became a charter signatory of what is now called the Carbon Commitment, an initiative supported primarily by Second Nature, an organization that aims to advance solutions toward climate change specifically through institutions of higher education. Carbon neutrality is a concept that refers to achieving net zero carbon emissions from activities and processes that release carbon dioxide, either through their reduction or elimination or by somehow offsetting them. By signing the commitment, the University was required to develop an action plan to achieve carbon neutrality and implement an annual evaluation of its progress toward that goal.

“We’ve been very aggressive and when the data is put together, you can see in a simple line graph that we’ve been achieving reduction goals,” says Melissa Greenberg, Rider’s sustainability manager. “Seeing our progress so far makes me optimistic about reaching our ultimate goal.”

To keep Rider on course, Greenberg is currently in the process of contributing toward the completion of an energy master plan that will establish the vision for the strategic consumption of energy, set guidelines for new construction and make recommendations for improving existing infrastructure.

The burning of fossil fuels to create electricity and heat remains the University's biggest source of carbon emissions. To address that, Rider has made several major investments over the past decade, such as the creation of a 740-kilowatt solar array outside the fence of Herb and Joan Young Field and the construction of an on-campus power plant called Tri-gen.

The Tri-gen plant is responsible for the greatest single drop in emissions since the pledge was signed. In addition to generating about a quarter of all electricity used on the Lawrenceville campus, it helps reduce Rider's carbon footprint because it uses natural gas to generate electricity instead of coal or oil, both of which create more carbon dioxide when they are burned. Of the common human activities that release greenhouse gases, such as deforestation and certain industrial processes like cement manufacturing, the burning of fossil fuels is by far the most widespread and therefore the most detrimental. By some estimates, the burning of fossil fuel results in about 87 percent of all human-produced greenhouse gas emissions.

Ideally, any individual or organization seeking carbon neutrality would simply avoid, or at least reduce, these kinds of activities, but that’s not always practical. A common strategy to neutralize unavoidable activities is to offset them by investing in sustainability initiatives that reduce greenhouse gases.

For years, Rider has purchased renewable energy credits that support national wind production to help offset the electricity it continues to buy from the grid. That particular strategy may become less important if, say, the University chose to invest in a second Tri-gen plant or expand the existing one. But because other choices are less straightforward — like those around transportation — the use of offsets is going to be a crucial part of Rider's plan to achieve carbon neutrality.

Next to energy use, transportation is the second greatest source of carbon emissions generated by the University. In measuring its carbon footprint, Rider includes the effects of students flying around the globe to study abroad; faculty and staff commuting to career-related events like academic conferences; Admissions staff shuttling around the country to recruit new students; and athletic teams driving and flying to games and tournaments.

“We don’t have a lot of control over these things,” Greenberg says. “We also don’t want to reduce these activities and opportunities.”

In 2016-17, Rider students, faculty and staff racked up two million air miles studying abroad alone, according to data compiled by Rider’s Center for International Education, which administers the University’s study abroad programs while also working closely with Greenberg in her assessments.

“We have a very robust study abroad program, which is fantastic,” Greenberg says. “So one way we have to tackle that problem is through offsets.”

In other ways, the University has taken action designed to directly influence the behavior that can help the University achieve its carbon-neutral goal. In 2017, Rider installed five electric vehicle charging stations, where current faculty, staff and students can charge their plug-in vehicles for free. The initiative, which was recognized last year by the New Jersey Department of Environmental Protection, has exceeded expectations for use. A big reason this is significant, Greenberg says, is because by encouraging the use of electric vehicles, it affects personal decisions that go beyond the limits of the University.

“Some people are making decisions about which car to purchase based on the fact that they can charge for free at work,” Greenberg says, adding that even smaller individual decisions, like turning off a light, can play a significant role over time. "Every little bit adds up."

Greenberg's position was created as a result of the 2007 commitment. In addition to her administrative responsibilities, she plays an educational role at Rider. Working directly with students in and out of the classroom, she says she continues to see more of them who are personally affected by climate change.

"I've seen students from California who have lived through the wildfires and students from Texas and Florida who have dealt with the floods," she says. "As more and more people are affected, we’re showing that we're accountable and that addressing climate change is important and that we're serious about being part of the solution."