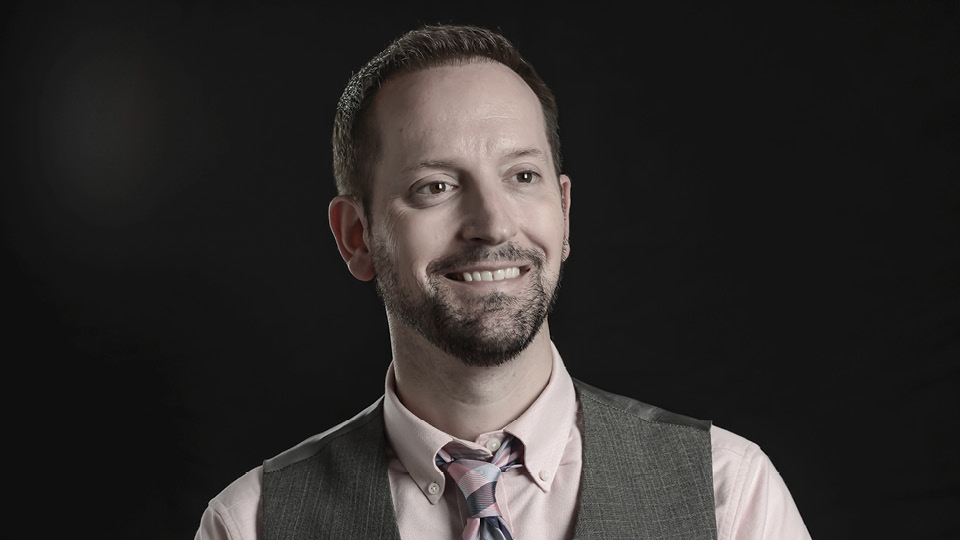 Music has always been a focal point of Tim Brent’s life. His childhood home in Lakewood, Ohio, was filled with the sounds of his father playing the piano and the songs of The Beatles and The Jackson 5 on the record player. He recalls taking piano lessons at 4 years old, singing in a barbershop quartet and giving vocal lessons to young musicians in his early days. Teaching music was a natural fit for the visiting assistant professor of popular music studies at Rider.

Brent has shaped his career to become a vocal jazz educator, pianist and arranger, and he has performed with artists such as Bobby McFerrin, Mel Tormé, Ingrid Jensen, Dick Oatts and Latin Grammy award-winner Obie Bermudez. Music ensembles under his direction have won three Downbeat Magazine Student Music Awards. In early 2017, he also released his debut album, On the Sunny Side. Brent, who considers himself a jazz singer and pianist, brought a Latin influence to the album, which reinterprets the styles of some of jazz’s top artists, such as Nat King Cole and Mel Tormé.

As a visiting professor in his second year, he’s been challenged to bring his extensive experience in jazz and popular music to help elevate certain aspects of Rider’s popular music studies program. With the help of his colleagues in the popular music program, two new tracks within the program were established in January — popular music performance and songwriting. Brent also created two new jazz/pop vocal performing ensembles for Rider students — Vox Blue and Vox Blue Too. Their repertoires range from Stevie Wonder to the Beatles to classic jazz artists.

How did you first get into music?

I was exposed to music very early on. My dad is musical, not professionally, but he played the piano for many years. My mom loves to sing. She has a twin brother and he’d play the guitar while they’d sing folk rock songs in the ’60s.

As a kid, I just fell in love with the sound of the piano and singing. In middle school, I got involved in my choir and the jazz band. I was very lucky in high school that we had a pretty robust music program. I was able to get such a diverse vocal experience in high school.

When did you decide to pursue music as a career?

During my sophomore year of high school, I started thinking about what I might want to do with my career and college. Music was an obvious choice, but I had other interests too. I was really interested in marine science. I mentioned it to one of my music mentors in high school and he said, “No, you wouldn’t do that, you’ll obviously do music. I’m sure you’re passionate about other things, but what consumes you? What do you eat, sleep and breathe? How can you see your life going in any other direction?” I said, “Well, it’s kind of scary being a musician. Isn’t it?” And he said, “Yeah, but not when you’re as passionate as you are. You’re going to pursue it with everything that you have and you have talent. Why would you not do something that seems so akin to who you are?”

What do you love most about jazz music?

I love how it allows so much opportunity for improvisation and for the artist to express and interpret music in unique ways.

Who are some of your biggest musical influences?

How do you incorporate jazz into your teaching within the popular music program?

Jazz music is the nucleus from which all of our American popular music comes. The musical elements of harmony, melody, improvisation and theory are incorporated in all of the popular music classes I teach. When we first begin to study jazz music, students typically respond positively because they can appreciate the artistry demonstrated by the iconic performers to which they are exposed.

What would you say to those who believe you cannot make a viable career out of music?

There are a multitude of careers in the music industry. Some may be performance-centered, but many career opportunities exist as producers, writers and music directors for film, television, etc. I encourage my students to be as diversified as possible so they will have as many opportunities as possible once they graduate.

Free online music streaming is typically cast in a negative way for artists, but are there positives about it for musicians?

Streaming services have been a challenge for performing artists trying to profit from the sale of their music. The royalties earned are a fraction of what the artist can earn when they sell their music either in physical form or in digital form. The benefit of streaming services is that it can allow artists to get exposure to a large audience that they may not reach otherwise.