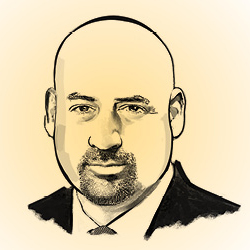 “There is no greater honor than standing up and saying that in the courtroom,” says Carpenito, who was appointed in January by U.S. Attorney General Jeff Sessions to serve as U.S. attorney for New Jersey via interim appointment, making him the state’s highest-ranking federal prosecutor.

As U.S. attorney, Carpenito leads a staff of more than 130 lawyers and 100 staff members in the U.S. Attorney’s Offices in New Jersey. He oversees all federal criminal prosecutions and civil matters involving the federal government in New Jersey. His case docket encompasses a slew of unsavory issues such as child pornography, drugs, fraud and homicide, but Carpenito describes his job simply — trying to keep New Jersey citizens safe.

“It’s a great honor to think I’m helping to keep drugs and guns off the street and helping to address the opioid epidemic,” he says. “There’s a level of gratification with this kind of work that you can’t find in any role you would have in the private practice of law.”

Carpenito is no stranger to the U.S. Attorney’s Office. He was hired by Chris Christie, New Jersey’s U.S. attorney at the time, to join the office in 2003 and served until 2008. Outside of working for the Department of Justice, Carpenito’s legal career comprises policing Wall Street as an enforcement attorney for the Securities and Exchange Commission and practicing in the private sector for the firm Alston & Bird, where he rose to become its co-head of litigation and trial practice.

Carpenito always knew he wanted to work in some aspect of law enforcement, at first mulling over the idea of applying to become a police officer. As a political science major at Rider, he credits a series of pre-law classes with Associate Professor Dr. Harvey Kornberg as the change in his trajectory toward becoming an attorney.

“He ran a series of classes on constitutional law and criminal law, one where he focused on the individual Supreme Court justices. We did these exercises where we’d write mock opinions as if we were a particular Supreme Court Justice. It really made me fall in love with the law,” he says. “I grew up in a family where education was not exactly at a premium. My dad didn’t even graduate from high school. Neither my parents nor my siblings graduated college. So Rider is really where I developed the passion for the study of law and I just followed it.”

The ability to return to the office that served as his foray into prosecution is the ultimate full-circle journey, Carpenito says.

“I think it’s the dream of any prosecutor in [the U.S. Attorney’s Office] to one day be able to lead that office. There’s no bigger compliment you could have than being asked to sit in the seat from which you once took direction and be trusted to be the custodian of the office for the foreseeable future,” he says.