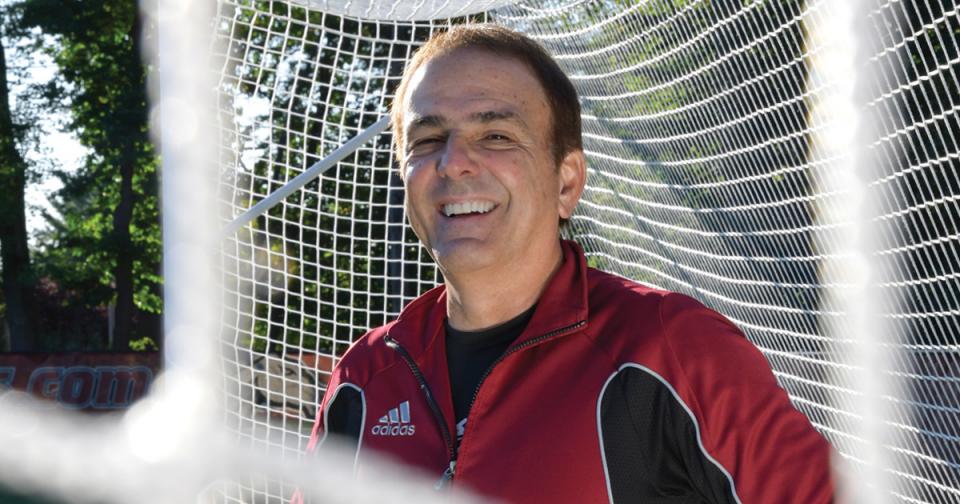 Glenn Myernick thrived at every level of the game. He was a standout soccer star at Lawrence High School and Hartwick College. In 1978, he was the captain of the U.S. National Team.

As a coach, he helped bring the Colorado Rapids to the Major League Soccer Cup title in 1997 and the U.S. men's team to the World Cup quarterfinals in 2002.

Until his unexpected death in 2006 at 51, Myernick was known simply as "Mooch."

His effect on the game was so profound that he was elected posthumously to the National Soccer Hall of Fame in 2015. More than a decade after his death, Myernick’s legacy also continues to live on in and around his hometown of Trenton, N.J.

Myernick’s friends, as well as former players and coaches who worked and played with him, began a program in his honor called Mooch Soccer. Charlie Inverso, the head coach of Rider’s men’s soccer team, was one of the program’s co-founders along with Mike Van Wagner, a long-time youth soccer advocate.

The program helps provide opportunities for underserved children and teenagers in Trenton who might not be able to play soccer without the financial support and structure of an outside organization. Since it began in 2007, Mooch Soccer has benefited hundreds of players ages 6 to 17. “My greatest hope is that the players who come through this program will develop a pathway to get into college and use this experience as a vehicle for a better life and to be a success,” Inverso says. “There aren’t too many programs like this.”

One player who participated in the program, Matthew Olosunde, represented the United States in the under 17 World Cup and played in the Premier League for Manchester United. Last summer, he signed a contract with Rotherham United. For Olosunde and the rest of the players, Mooch Soccer has provided an alternative to Trenton's traditional recreation program, which has teetered time and again on the brink of collapse. Mooch Soccer’s supporters have supplied top-level instruction, in addition to equipment, facilities and the means to travel to practices and games.

Inverso speaks passionately about soccer’s heritage in Mercer County, and from his perspective, Myernick was second to none in talent and character. He sees the program as an appropriate way to honor the legacy of one of the region’s most well-known players. “Mooch was a legendary player and a legendary person,” Inverso says. “He was a big strong guy, but he was affable and had a big heart. Everyone loved him.”

Although they both grew up in Mercer County and played soccer at the high school level two years apart from each other, Inverso and Mooch didn't become friends until they coached at a soccer camp together after college. Inverso came to consider him a mentor. "I learned a lot from him," Inverso says. "In sports, there can be too many takers because there's a lot of money to be made. Mooch was always a giver." Earlier this year, Inverso received an inaugural Advocacy Award of Excellence for his work with Mooch Soccer. The award was presented by the United Soccer Coaches, the world’s largest soccer coaches’ organization. It came on top of the phenomenal success Inverso has had at Rider. He has led the Broncs to four-straight Metro Atlantic Athletic Conference Championship games, winning three of them and advancing to the NCAA Championships in 2015, 2016 and 2018.

Despite that success, Mooch Soccer still plays a special role in his life. “We still have a long way to go with Mooch Soccer, but when it reaches the goals we have set, it will be the biggest highlight of my soccer life,” Inverso says.