Florence Voice Seminar lost its founding artistic director suddenly on October 1, 2011.
It is a testament to Julian Rodescu’s tremendous talent and warm personality that Florence Voice Seminar endures, continuing to provide future students with an educational and unforgettable musical experience. 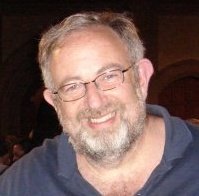 In 2007, bass Julian Rodescu received critical acclaim for his portrayal of Sparafucile in Rigoletto, with the Opera Company of Philadelphia. "Theatrically, he inspired simultaneous fascination and repulsion while singing with the kind of bass-note buzz that made you wonder why he's not starring in Boris Godunov" wrote David Patrick Stearns of the Philadelphia Inquirer. Mr. Rodescu also returned to Milan’s Teatro alla Scala in 2006, where he was the Commendatore in Azio Corghi’s Il Dissoluto Assolto, having also performed its world premiere in Lisbon.

Mr. Rodescu earned raves for his debuts in Madrid, Naples, Los Angeles and Tel Aviv. “Julian Rodescu proved a perfect singer,” wrote the Los Angeles Times of his singing with Simon Rattle and the Los Angeles Philharmonic. In the Neapolitan press, “We tasted the vocal and theatrical art of Julian Rodescu, sumptuous interpreter, greatly outstanding, frankly reminiscent of other times.” Of his Madrid debut in Shostakovich’s Lady Macbeth of Mzensk with Mstislav Rostropovich conducting, El Pais wrote, “Special mention must be made of the basso profundo of Julian Rodescu, memorable as the High Priest, capturing tragic and comic at the same time, impeccable, beyond reproach.”  Mr. Rodescu recorded for EMI, RCA, Erato and Albany Records.

Mr. Rodescu made his La Scala debut in 1991 as Titurel in Parsifal, with Riccardo Muti conducting. He was invited back to sing Fafner in Siegfried in 1997, also with Maestro Muti. The Italian press, including Corriere della Sera and La Nazione used the following words to describe his performance: “Powerful”, “Profound”, “Intense”, “Touching.” Of the same performances, Vienna’s Die Presse wrote: “In Julian Rodescu we meet a profound Fafner, exemplary in each German word.” His appearance in Florence’s Maggio Musicale Fiorentino in Schoenberg’s Moses and Aron, under the baton of Zubin Mehta, led famed Verdi scholar Julian Budden to write in an overview of the entire festival, “Among the excellent basses, I would single out the noble, sonorous basso profundo of Julian Rodescu.” Over the last few years, Mr. Rodescu has performed at the Maggio Musicale with conductors Zubin Mehta and Semyon Bychkov, directors Jonathan Miller and Lev Dodin.

Among important orchestral appearances, Mr. Rodescu performed Richard Strauss’ Ariadne auf Naxos with Wolfgang Sawallisch and the Philadelphia Orchestra in Philadelphia and at New York’s Carnegie Hall; Tchaikovsky’s Pique Dame with Seiji Ozawa and the Boston Symphony in Boston, Carnegie Hall and at Tanglewood; and took part in the world premiere performances of Shostakovich’s Rayok with Maestro Rostropovich and the National Symphony in Washington and Carnegie Hall.  In 1999, he sang and recorded Zemlinsky’s Der Traumgorge with James Conlon and the Koln Gurzenich-Orchester.

Following one performance as Sarastro in Mozart’s Magic Flute with New York City Opera, one reviewer wrote, “He has a huge bass voice that seems to resonate from 100 feet below the stage, without ever seeming to over-sing or be out of character.” Mr. Rodescu was invited back to City Opera, where he also took part in Verdi’s Rigoletto (Sparafucile). He has performed Sarastro with the Miami, Knoxville and Central City Operas. He made his debut with the Opera Company of Philadelphia in Bellini’s I Puritani, and his first Colline in Puccini’s La Boheme was deemed, “a treat for his huge bass voice” by Opera News.

Mr. Rodescu made his European debut in Aachen, Germany where he performed Sarastro in Magic Flute and Shigolch in Lulu under the baton of Stefan Lano. He was Oroveso in Bellini’s Norma with Dayton Opera, and the Toronto Star praised him as a splendid Caronte in Monteverdi’s Orfeo. He also received raves for his performances in Beethoven’s Missa Solemnis ("incomparable fullness of tone and sensitivity to text") in London, and Verdi’s Aida with Opera Delaware.

Mr. Rodescu's students have performed leading roles with the San Francisco Opera, Aix-en-Provence Festival, Wexford Festival, Opera Company of Philadelphia, Cleveland Opera, Atlanta Symphony and many more. He has given master classes at The Curtis Institute, Madrid's Teatro Real, Boston University, University of Massachusetts and Bucknell University. He taught voice at Westminster Choir College, where he also founded the prestigious Florence Voice Seminar program.  Mr. Rodescu taught voice at Swarthmore College, where he also directed and produced much acclaimed productions of Mozart's Magic Flute and Donizetti's Elixir of Love. He served on the Audition Panel and Board of Directors of Astral Artistic Services, where he was also Program Director.