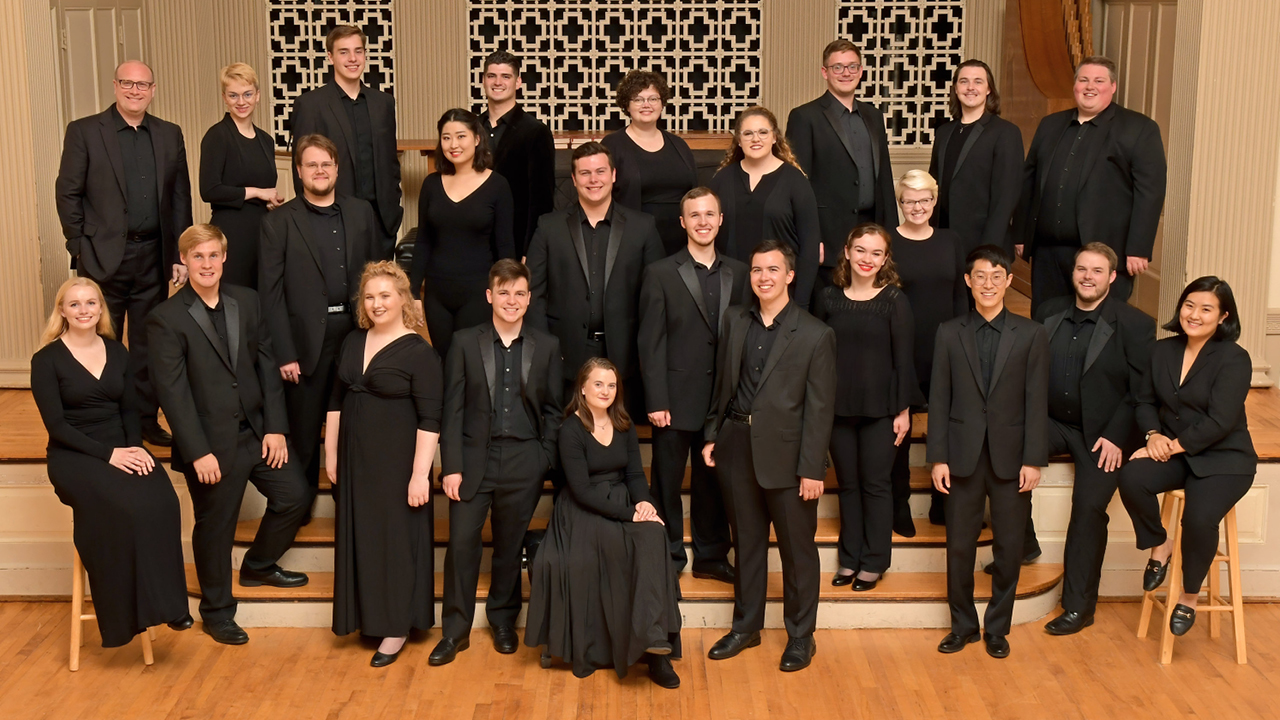 Westminster Kantorei is an auditioned chamber choir specializing in early and contemporary music. Composed of graduate and undergraduate students, the ensemble performs regularly with some of America’s leading specialists in early music, including collaborations with the Dark Horse Consort, Juilliard 415 and others. It was selected as a finalist for the 2014 American Prize, whose judges stated that Kantorei is “truly outstanding,” and described the choir as having a “finely-measured and delicate balance of voices, and a mastery of stylistic performance practice.”

VIEW A video of Westminster Kantorei's November 2019 concert An Evening of Choral Evensong for the Feast of All Saints.

LISTEN to Westminster Kantorei perform Joseph Rheinberger's Abendlied, which is included on the recording Lumina.

The choir’s previous seasons have included the release of its first solo recording, Lumina, hailed by infodad.com as a recording “sung with great beauty of sound and excellent articulation ... a CD to cherish” and by National Medal of Arts recipient Morten Lauridsen as “superb, a splendid recording, highly recommended.” In addition to concerts in Princeton, the ensemble performed at the American Choral Directors Association’s Eastern Division Conference in Pittsburgh, where it was selected to premiere the Raymond Brock Memorial Commission by composer Tarik O’Regan.

Recent seasons have included performances at the 2017 Boston Early Music Festival and the American Handel Festival, as well as a series of performances of Bach’s St. Matthew Passion with the Westminster Choir and the New York Philharmonic, conducted by Kurt Masur. Additionally, as part of a 2016 concert tour in France and England, Westminster Kantorei performed at the Festival en L’Île in Paris, and in Windsor Castle’s Saint George’s Chapel. The ensemble has also served as the demonstration choir for a master class with Eric Whitacre for at the Choir College, and it has collaborated with Princeton University Libraries in bringing to life newly acquired editions of works by Lassus and Wert.