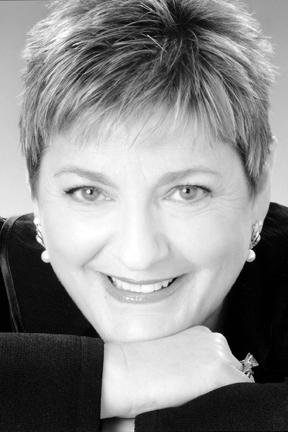 Orchestral appearances by Ms. Wolf include a televised production of Mozart's The Impressario with Mostly Mozart in New York, Verdi's Requiem with The Seattle Symphony, Richmond Symphony and Berkshire Choral Institute, Mozart's Requiem with the Los Angeles Philharmonic, Beethoven's Symphony No. 9 with The Seattle Symphony and New York Chamber Orchestra. She has also essayed Messiah with the Buffalo Philharmonic, Elijah with Palm Beach Masterworks Chorale, Bruch's Das Lied von der Glocke with Seattle Symphony, Tchaikovsky's Romeo & Juliette with The New Jersey Symphony, and appearances with the San Francisco Symphony in a program of Mozart Concert Arias.

A native of Ravenna, Ohio, Ms. Wolf holds a B.M. degree in Voice Performance from Kent State University where she studied with soprano Donna Pegors, and an Opera Diploma from The Curtis Institute of Music, as well as post-graduate studies at Indiana University where she studied with renowned soprano and vocal pedagogue, Margaret Harshaw. Ms. Wolf was the recipient of a 1981 National Opera Institute Grant, placed first in the 1980 San Francisco Opera Auditions, and was a 1986 winner in the International Pavarotti Competition in Philadelphia. She was also awarded Seattle Opera’s “Artist of The Year” in 1992.

Ms. Wolf has been a member of Westminster’s Florence Voice Seminar since 2004. She has given master classes, by invitation, for the Apprentice Artists Programs at Seattle Opera, Portland Opera, Festival Lyrique in Belle-Ille, France, Austin Lyric Opera and Opera New Jersey. She has also presented master classes at the University of Michigan at Ann Arbor and the University of Washington. She taught voice part-time on the faculty of University of Washington during the 1999-2000 academic year, and the faculty of University of Nevada/Las Vegas during the 2000-01 academic year. Ms. Wolf is currently on the voice faculty of Westminster Choir College of Rider University in Princeton, New Jersey where she has taught since 2001, and she maintains a private voice studio.