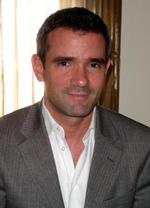 Matthew Lewis maintains an active career as organist, choral conductor and educator. He has been a member of the Organ Faculty of the Juilliard School Pre-College division since 1993, and Adjunct Assistant Professor or Organ at Westminster Choir College since 2006. Dr. Lewis has presented solo organ recitals in the United States, Canada and France, and was a featured artist on WNYC, New York. As Organist and Director of Music at the Church of the Incarnation in Manhattan, Dr. Lewis directs a select group of professional singers in a variety of liturgical choral music. Artistic Director and Conductor of St. George’s Choral Society since 2004, he directs the 80-voice chorus in major works of the repertoire. At The Juilliard School, he completed the Doctor of Musical Arts degree as a student of Jon Gillock. While earning the Master of Music degree, also at Juilliard, he was the winner of the organ competition, resulting in a performance of Barber’s Toccata Festiva with the Juilliard Symphony in Alice Tully Hall. He has performed the complete organ works of César Franck several times, including at the Cathedral of Saint John the Divine in New York City. Dr. Lewis is the former recipient of a Fulbright Grant and the Annette Kade Fellowship from the Council of International Education for study in Paris where he was a student of organ-virtuoso Marie-Madeleine Duruflé. He continues studies in choral conducting with Robert Page.