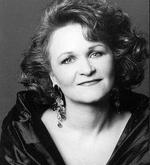 Kate retired from her singing career in 1997 and established a voice studio in New York City where she teaches both classically oriented singers and those working in the field of musical theater and cabaret.

From September 2003 until May 2006, Kate was an Adjunct Voice Teacher at the University of Miami, where she had a full studio of singers, and where she also taught their Music Theater Workshop - the art of bringing songs to life on stage.

In September 2006, Kate began her position as Adjunct Professor of Voice at Westminster Choir College, a job that entails training classical and music theater singers, as well as tomorrow’s music educators.