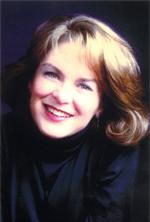 Faith Esham has been an Adjunct Assistant Professor of Voice at Westminster Choir College of Rider University since 2000. Professionally she has garnered critical acclaim for her outstanding performances in the leading opera houses of the United States and Europe. Since her successful Metropolitan Opera debut as Marzelline in Fidelio, she has returned to the company to sing Nedda and Mélisande. In the USA, other roles include Mimi with the Lyric Opera of Chicago, Pamina in Washington, D.C., Micaela and Juliette in Cincinnati, the heroines in Les Contes d’Hoffmann, Manon, and Gilda in Pittsburgh. At the New York City Opera, she performed Manon, Cendrillon, Marguerite, Leila, Baby Doe, Ännchen, Gilda, and Floyd’s Susannah. As Micaela, Ms. Esham appeared opposite Placido Domingo and Julia Migenes in the highly acclaimed Gaumont film, Carmen, which was commercially released worldwide. This project garnered Ms. Esham a Grammy Award as principal soloist and best opera recording in 1984. In Europe, she was fortunate to sing both Cherubino and Marzelline at Italy’s leading opera house, La Scala. Also she sang Micaela at the Vienna State Opera and the Opera de Caracas; Marzelline at the Théâtre Musical de Paris, Cendrillon at Paris’ Chatelet Theatre, Musetta in Cologne and Mélisande in Geneva, as well as other leading roles throughout Europe. The soprano also has been featured in two New York City Opera “Live from Lincoln Center” broadcasts as Pamina and Gilda. Ms. Esham has the unusual distinction of having appeared as both Susanna and Cherubino in the Peter Hall production of Le Nozze di Figaro at Glyndebourne. Her portrayal of Cherubino was preserved on an EMI recording conducted by Bernard Haitink. Other recordings of Ms. Esham include a Charles Griffes’ song collection on Musical Heritage, Villa-Lobos’ Maddelena , along with a Christmas album with the New York Gay Men’s Chorus. Having collaborated with some of the most distinguished conductors of our time in both opera and concert Ms. Esham is also recognized as a gifted recitalist known for her expressivity and musicality. Ms. Esham is a recipient of both the Walter W. Naumberg Award and the Concours International de Chant de Paris.