Performing a lecture recital on the music of Felix Mendelssohn 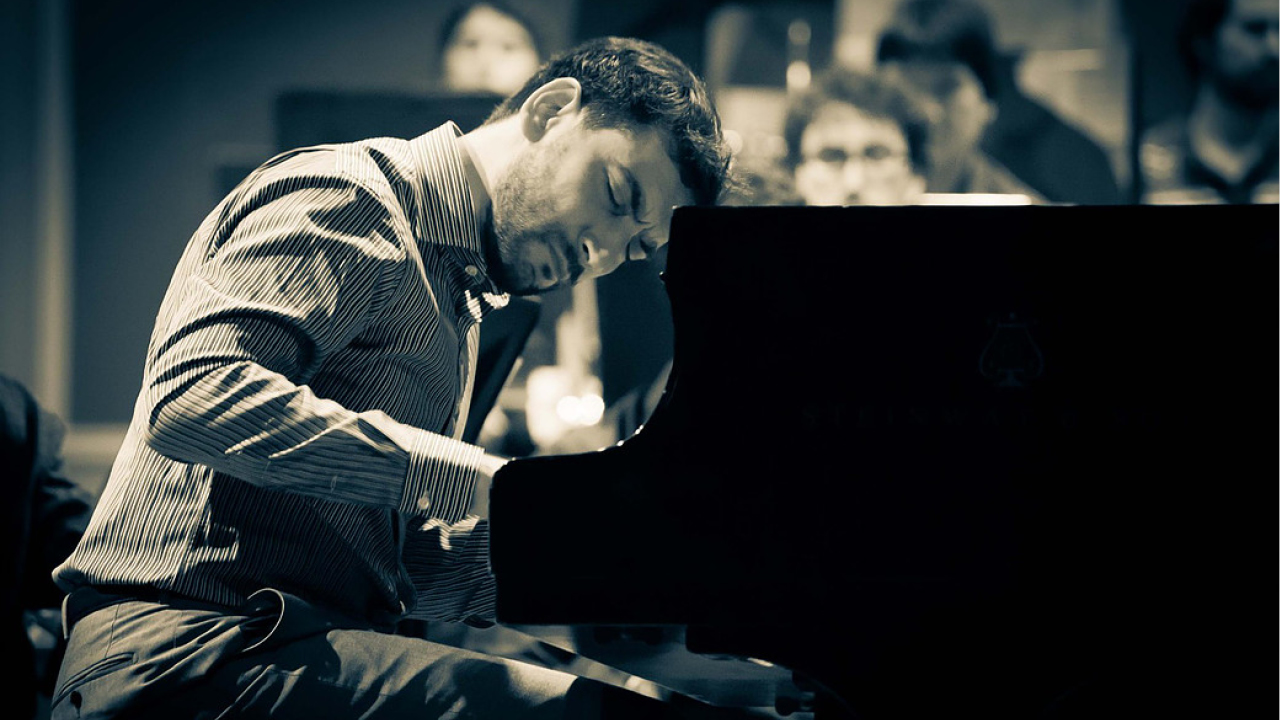 Recently awarded the Konex Cultural Award for best Argentine pianist, Antonio Formaro has been named "one of the best Argentine pianists" (Buenos Aires Herald,  P. Bardin) and a "pianist of extraordinary talent." (Lazar Berman). He has cemented his career both for his technical brilliance and interpretative depth, as well as for his extraordinary musical training, which earned him the title "PhD in musicology" by the UCA (Argentine Catholic University) in the specialty of musicology and interpretation for his doctoral thesis on the piano work of Felix Mendelssohn, making him unique among Latin American pianists. His authority on the work of this composer was recognized by the Mendelssohn-Gesellschaft in Berlin, to which he was appointed as a member in 2017.

​Since his debut at the Teatro Colón in Buenos Aires at age 17 and his first international tour in 1999, Formaro has performed as a soloist for the most important orchestras in Argentina, Latin America and Europe, also performing recitals in the most prestigious halls to praiseworthy reviews that led him to his debut at the legendary Gewandhaus in Leipzig (Germany) at the end of 2015. Some of his performances included the Pianistic Festival of Bologna, the Mendelssohn-Saal in Berlin, the Philharmonie Hradec Králové at the Czech Republic and the Academy of St. Martin in the Fields in London among others, culminating in his debut at the Konzerthaus in Vienna in July 2018.

​Since 2016, Formaro has been touring Argentina as part of the "Las huellas del piano" project, which caught the interest of the Ministry of Culture of the Nation. It includes the making of a documentary about the tours that since the beginning of the 20th century took great pianists throughout the country, documenting the pianos, rooms and musical associations that hosted these wonderful recitals.

​Born in Wilde, a province of Buenos Aires, Formaro was taught by Perla Brúgola and Manuel Rego, the latter leaving a profound influence on his internationally recognized performance skills. Formaro completed his final professional formation in Europe with Lazar Berman (Russia), after which he was awarded in the XI Contest Pazailiz of Lithuania.

​He has recorded four CDs that reflect both his expertise in Mendelssohn, and in the promotion of the Argentine repertoire. He graduated as professor of piano at the National Conservatory Lopez Buchardo and with a professional degree of Composition of the Faculty of Arts and Music Sciences of the UCA, where he directs the piano department. He also dictates chamber music at the National University of Lanús and offers master's seminars at the National University of Rosario, extended during 2018 to the rest of Latin America, and in 2019 adding Europe as he travels to the old continent for his largest European tour ever.