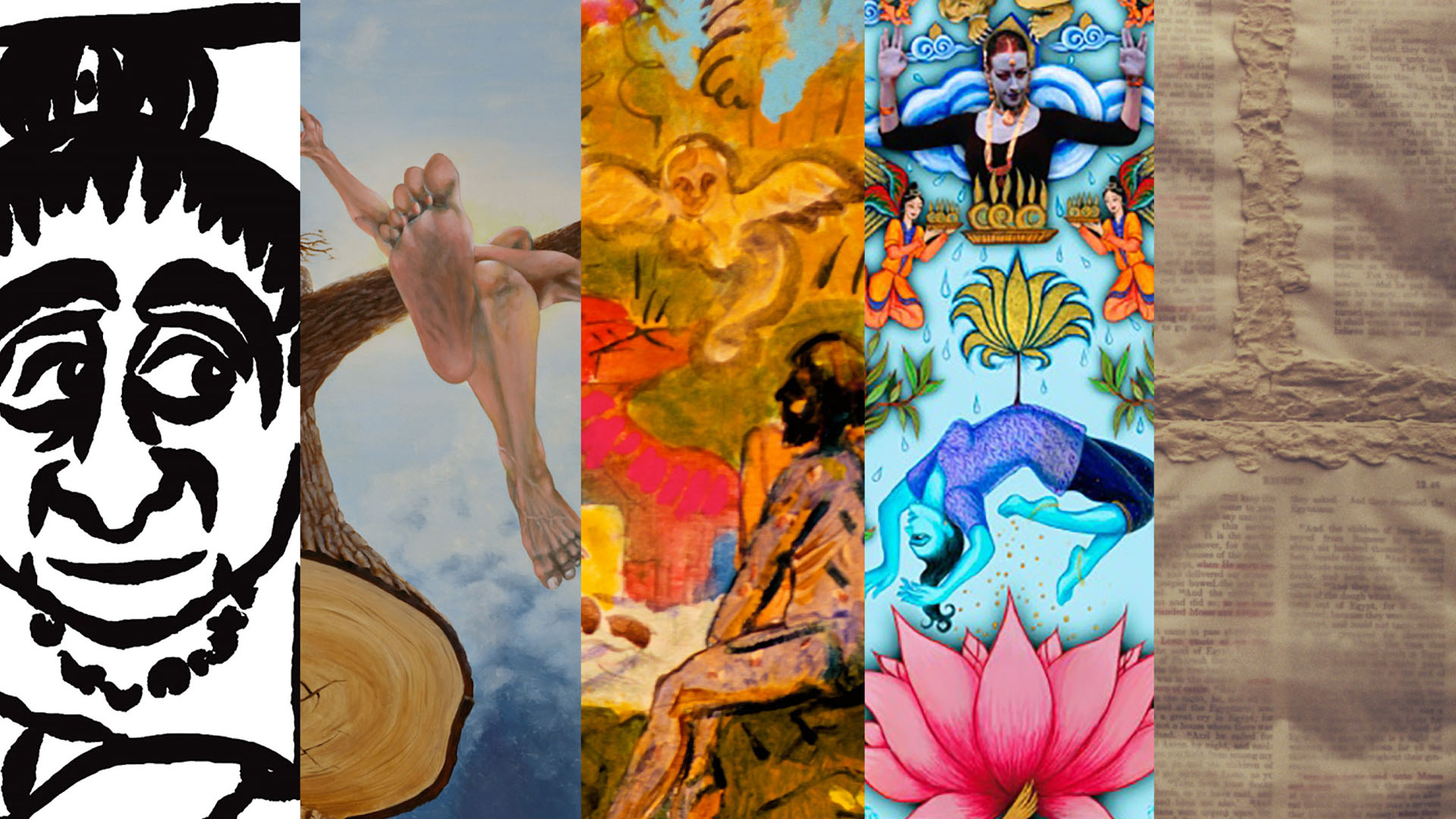 These contemporary artists are inspired by the Old Testament, but they are far from conventional in their approaches.

Helène Aylon wants to reinsert women into the Five Books of Moses.  As she says, "the Pentateuch is not about God, but rather all about Moses.  God gets a bad rap on women, and she wants to correct that."

Siona Benjamin comes from the Bene Israel community in Mumbai, an Indian Jewish community that goes back to the time of Alexander the Great. Benjamin combines Indian and Jewish themes in her work. Her paintings on view in this exhibition will be heroines of the Old Testament, but they are dressed in Indian garments.

Hanan Harchol was commissioned by The Covenant Foundation and the Foundation for Jewish Culture to create a series of animations on biblical themes without including traditional overtly religious references, but rather presenting the concepts in the setting of a secular conversation to make them accessible to 21st-century audiences.

And finally Archie Rand in a set of 60 paintings has recreated the bible stories as a comic book series.